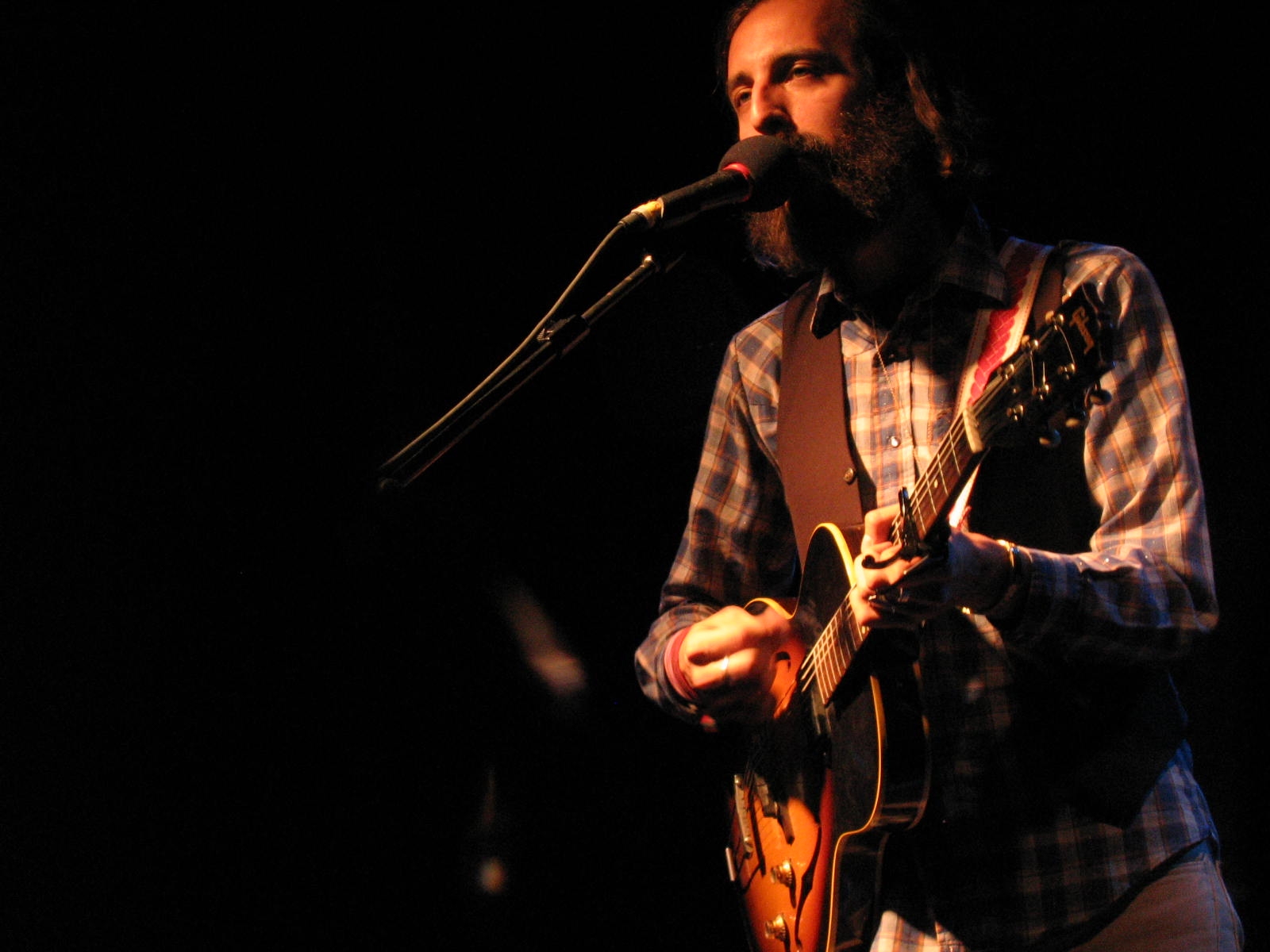 Humility is not a virtue often celebrated in rock n’ roll circles but when you see Herman Dune and support act Turner Cody selling records and t-shirts from the student union coat check, chatting to fans and providing musical back-up for each other onstage – it’s like a breath of fresh air. Turner is a handsome young Brooklyn-ite with a voice like a bell. His easy charisma and summery finger-picking songs make for a fine opening act.

Tonight we are treated to the exotic new Herman Dune sound: rich and rhythmic, their wistful and witty lyrics bolstered by Dr Schonberg’s trumpet solos and angelic harmonising from Babyskins’ singer Angela Carlucci. They sound every bit the global band they are fast becoming. Singer David-Ivar has a Jonathan Richman-esque manner of recounting conversations in song. In latest single I Wish That I Could See You Soon he conversationally duets with Angela:

This has the disarming effect of feeling that you’re being confided in as a friend, particularly when he strings these vignettes together with, “So let me see, then I was like…”, before launching into another song.

Born in Sweden, raised in France with sojourns in Israel and New York, Herman Dune are musical nomads – apparently too much so for André Herman Dune, who abandoned life on the road at the end of last year, making for Berlin with a suitcase full of finely-crafted pop songs. He left brother David-Ivar and childhood friend Neman somewhat holding the baby – with new album Giant – to promote. Their set, though, was far from bereft; the Dune brothers have written more than 400 songs between them and could teach prolific contemporaries Sufjan Stevens or Ryan Adams a thing or two about quality control.

It’s hard to think of other singers with as much personal magnetism as David, but despite this the biggest cheer of the night went to drummer Neman. Neman, who resembles the slight Mexican actor Gael García Bernal, is a biology-defying one-man-earthquake. He performs standing up and cranks songs like Good For No-One and Your Name My Game up to another level, allowing the band to build up to a crescendo at the end of a lengthy and jubilant set.