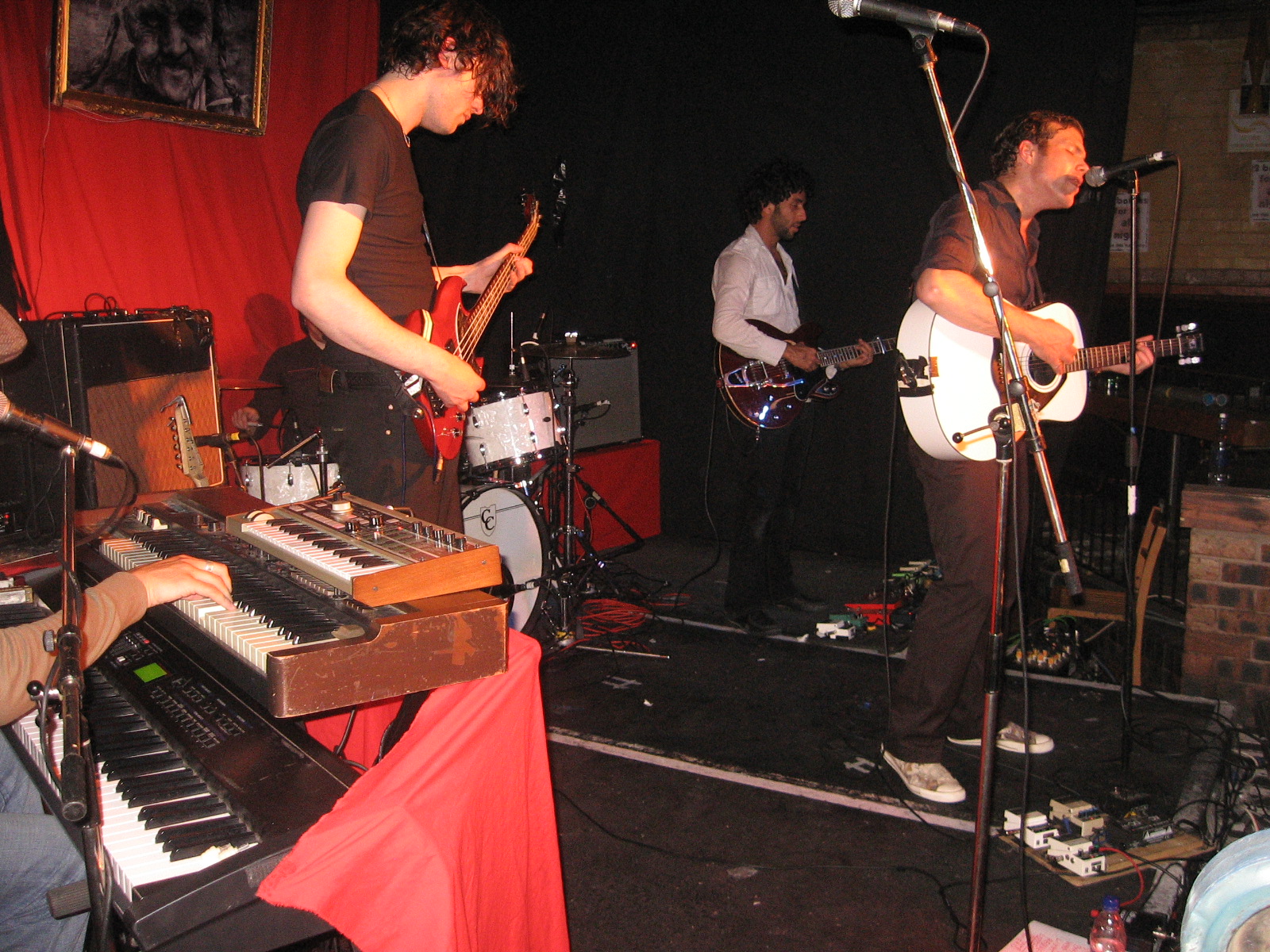 The venue is far from packed but thankfully people have bothered to get off their asses and turn up to sample what The Crimea have to offer. As I arrive support band Undercut are just finishing up what seems to have been a nice tight rock anthem infused set. They look truly horrendous on the whole but sound rather fine. The gathered clap with appreciation before settling in for the wait for the main attraction.

The Crimea take to the stage and my eyes are instantly drawn to the actions of lead singer Davey Macmanus who seems possessed by the spirit of Norman Wisdom with staccato movements that echo the great legend of British comedy. For those not in the know Wisdom could also carry a tune and thankfully so can Mr Macmanus, in fact he is in possession of a rather splendid voice. The band play a fascinatingly intriguing combination of 60’s esque psych-out, blissed-up pop, combined with heavier more rocking riffs that provide a nice contrast. At certain points in the evening Macmanus is joined on vocals by bassist Joe Udwin and with a rather ingenious built in height differential there is an amazing slopping effect from the very tall Udwin through to the elfin lead guitarist Andy Norton on the far right of the stage.

They play knock out renditions of ‘Loop a Loop’, ‘Light Brigade’ and ‘Weird’ but the highlight of the evening is reserved for the encore. After causing certain revellers to break out into ball room dancing (including two huge lads together) the band come back on stage to a truly superb round of applause by the crowd. Then they play a cover of the Serge Gainsbourg classic Je t’aime… moi non plu’ which I have to say was a sublime moment that took me aback by how much I loved it. Macmanus’ voice more than did justice to the track and it just soared away into the balmy spring evening.

New album ‘Secrets of the Witching Hour’ is available for FREE download as I type this, the question is why are you not downloading it now instead of still reading this. The crimea are worth everybody’s time to say the least as they bring some much needed diversity back to a UK music scene that has become saturated by sameness. To download the album click here [link]