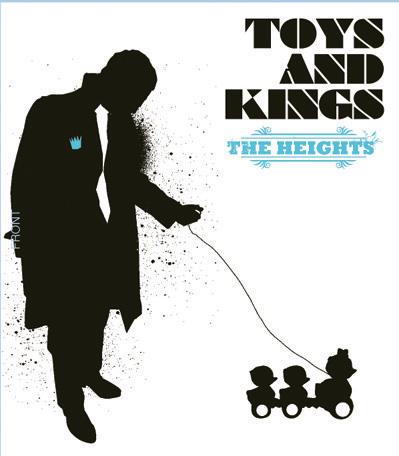 The Heights – Toys And Kings

The last two bands to bring bluesy funk back to rock and roll were Detroit babies the White Stripes and Tennessee belles Kings of Leon, so you’ll forgive me for being more than a little surprised to find that the Heights hail from the less than soulful areas of North Wales and North London. A little less produced and a little heavier on the guitars, these guys are more rock than roll, but they’re definitely bringing something more to the genre.

While album opener ‘Night Relay’ fails to catch the imagination, sounding a bit too much like Jet, following song ‘Jamaica Beer Eyes’ hints at a deeper talent and a hidden core. With its ska-infused guitars and strained vocals, it raises the bar for the rest of the CD, which, thankfully, is kept up. Swinging between rough blues and more upbeat tunes with varying degrees of success, the band arrive at standout track ‘Sweet Isabelle’, which seems to encompass everything that’s been missing from popular British music for the last ten years. It’s the crescendo of the album, and though the final tracks can’t quite match it, they are good enough to keep the vibe going.

If my assumption that the Heights’ style will translate better on stage than it does on CD is correct, then these guys should definitely be worth checking out.