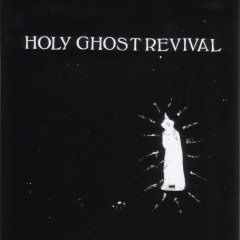 It’s ironic, but at the same time I was handed this fine album to review I was also gifted four Alan Parsons albums (a personal favourite.)

It’s incredible to hear the parallels between the Project and this offering from Holy Ghost Revival. The most marked difference is that Alan Parsons was Prog Rock, and this is a mix of Prog Indie/Rock.

That would be a fair assessment for most.

Some Prog Rock is pure dreck, self absorbed nonsense, but the same can’t be said of the Alan Parsons Project who were always focused on a single idea; whether it was Edgar Allan Poe or I. Robot.

This isn’t to say Holy Ghost Revival aren’t original, because they are, fronted by the articulate talent of Conor Kiley.

It’s a concept album without a concept.

That may sound like a contradiction, and that’s because it is.

Influences range from a cavernous, restrained and “eloquently wasted” brand of My Chemical Romance to the menacing sound of Goblin, favoured by Italian Horror Auteur Dario Argento.

‘Autumn Children’ sounds like a call to arms for Hungarian gypsies everywhere. It smacks of hot days by the river, close, stale caravans, heady horses and the faint aroma of smoke on the air,

It slips seamlessly into ‘Little Ones’ which could easily belong on the experimental David Bowie album; ‘The Man Who Sold the World’.

The pick of the album though is the beautifully constructed ‘Dance of the Caterpillar’, which starts off like a ‘Lovecats’ revival but winds up as a respectable Rock Opera.

This is Tenacious D with the tongue definitely as far from the cheek as it can get.