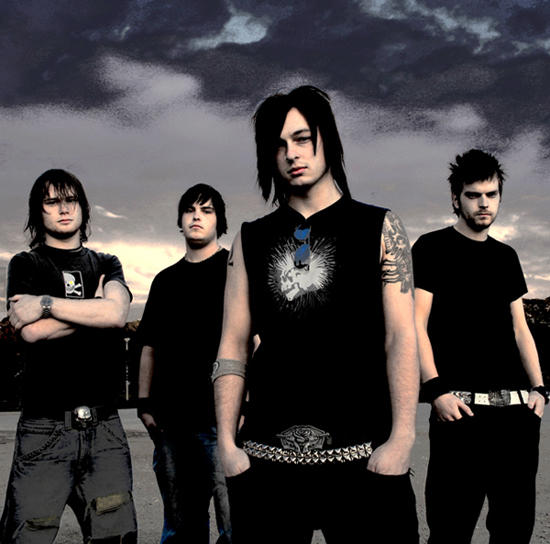 BEYOND ALL REASON – Love Crossed Pistols

What’s that you ask? Has Justin from ‘The Darkness’ overcome his departure from the rock’n’roll band and joined Bullet For My Valentine?! NO, this is Beyond All Reason, they have created a monster, a legend.

The amazing vocals of ‘Venno’ reminisce of INME front man Greg McPherson putting hairs on our backs, with his pitch striking as high as the sky. Guitar riffs reminding me of an early recorded Bullet For My Valentine, but still sprinkled with originality, all instruments forming a perfect, parallel piece of music with great vocals. The single from the Yorkshire foursome, signed on Ad Altiora Records, have got 3 records in the bag, two being EPs. They’ve had a video on Scuzz for the song Love Crossed Pistols in 2006, and I recall an advert in Metal Hammer magazine a while back.

This incredibly talented band seem to have gone largely unnoticed by rock fans, even though they’ve played various venues across the UK many, many times. It looks as if the hard work from the lads is finally paying off as they’ve just got back from playing Download festival, and in the near future are opening at Bloodstock festival. Having over 32,000 friends on their myspace page, I hope (as a fan and a music lover) that BAR show the whole world what they are made of. A band able of showing us hard rock riffs without pointlessly screaming down the mic, and also playing touching acoustic songs, such as Love Crossed Pistols on this Double A side. For rock fans in need of a good sing along, and in-between head banging I recommend Beyond All Reason, hands down.