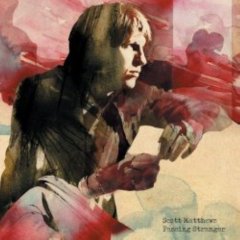 Not enough stock these days is placed in producers, which is frankly criminal.

A producer’s credentials are everything and when an artist is featured on an EP which boasts a contribution from the man who produced Radiohead’s ‘The Bends’ it’s a fact impossible to ignore.

Scott Matthews ‘mini-disc’ was recorded with the John Leckie sting quartet. It’s not up to the standards of the Kronos String Quarter (a personal favourite – see Requiem for a Dream) but it’s compelling stuff.

Leckie, amid his other achievements has given us XTC, a band which is so criminally underrated as to warrant an immediate musical war crimes tribunal!!

As for Matthews himself the compositions are haunting, but unfortunately so vague as to lack direction,

The strings and guitar work well, but you’re left scratching your head a little, and wondering ‘what the hell is he on about?’

This is as much down to the articulation of Matthews’ vocals as anything else.

You get the feeling that he’s forgotten the audience in the moment of working with as prestigious a talent as Leckie’s.

It’s not all bad news though – ‘City Headache’, while Thom Yorkesque (and not so far removed from ‘Eleanor Rigby’ in its leanings) is nonetheless a touching and poignant tale.

If you though classical music is poncey (and you’d mostly be right) this EP proves you can have your pop cake with classical icing and eat it.

In short it’s strikingly original, and while not always grabbing is well worth a listen.