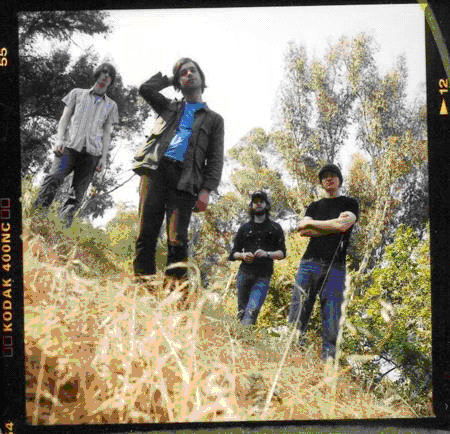 Well the Mancunian rockers are coming back with a second album, ‘Love / Hate’, soon to be unleashed on us unsuspecting lot.

To say that I wasn’t exactly enamored by their ‘Everything Is’ debut would be putting it mildly. I’m afraid to say that the six tracks handpicked to showcase their latest creation do little to re-heat my appreciation or enthusiasm.

This is Brits doing a slight twist on bland American collage rock. Perfectly inoffensive and ideal for run of the mill daytime radio stations who think they play cutting edge rock because they whacked on ‘Smells Like Teen Spirit’ on a Monday afternoon and have Maroon 5 at the top of the play list. It’s devoid of any real substance, or at least a decent pop hook. Songs like ‘Bitter End’ with it’s wet, half asleep groans of “baby come down, I’ll be your friend” would be comfortably at home on the soundtrack to a crappy US teen movie, such is it’s boring pointlessness.

Their churning out the same kind of dirge that Ash are turning up with these days, Sam Forrest nearly matching Tim Wheeler on the irritation levels for whining, off key vocals to boot.

There is hope for Nine Black Alps however, as proved with ‘Forget My Name’ or with ‘Unsatisfied’ or ‘Cosmopolitan’ from the first album, when they crank up the amps and thrash out the guitars – or even just write a decent hook, they look something resembling a quality alt rock band. Up there with you Biffy Clyro’s and co.

If they grow some bigger balls and stick to writing more of the in your face rock with a kick we all know their capable of, then the ‘Alps really would be a band worth following. As it is, if they just keep overloading the bandwagon with these insipid, middle of the road turdpoppers, they really won’t be worth bothering with. Wait for the new My Vitriol album instead.