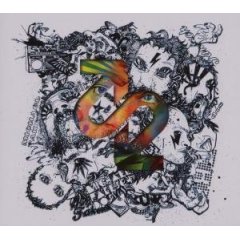 Imagine Calvin Harris had been recruited to produce the next Prince album. Not only would that be a mouth watering prospect of proportions rather larger than the diminutive pop god himself, but you could be pretty sure it would be one of the most soulful, funk infested you’ll ever hear. Well believe it or not, the new album from the former remix masters Funkostorung member Michael Fakesch ain’t far off what that unlikely collaboration might end up like.

Deeply compressed and caressingly soulful Jacko, Timberlake, the aforementioned artist like vocal, poured over all manor of Electronica beats, software effects and some slapping bass lines funkier than sly and the Family Stone at a 70’s night.

Tracks like ‘Complicated’ echo the Prince influence, thoroughly sexy and soulful, modern and retro in equal measure. Club floor juggernauts like ‘On the Floor’ work on the dance element. A grimy, pumping groove o’matic tune to turn up the temperature. He even moves in on hip-hop influences on ‘Give it to Me’ – opening with a human beatbox before rolling in the funk train.

An artist and producer with groove running through his veins. An album that’s everything great about dance inducing beat driven electronic music, and so perfectly merged with so much soul it must have been extracted from the late, great godfather Brown’s little finger. You’d probably have to be some kind of cold-blooded reptile not to be able to find enjoyment and at least a little head shimmy somewhere in this fabulous record. May the funk be with you!