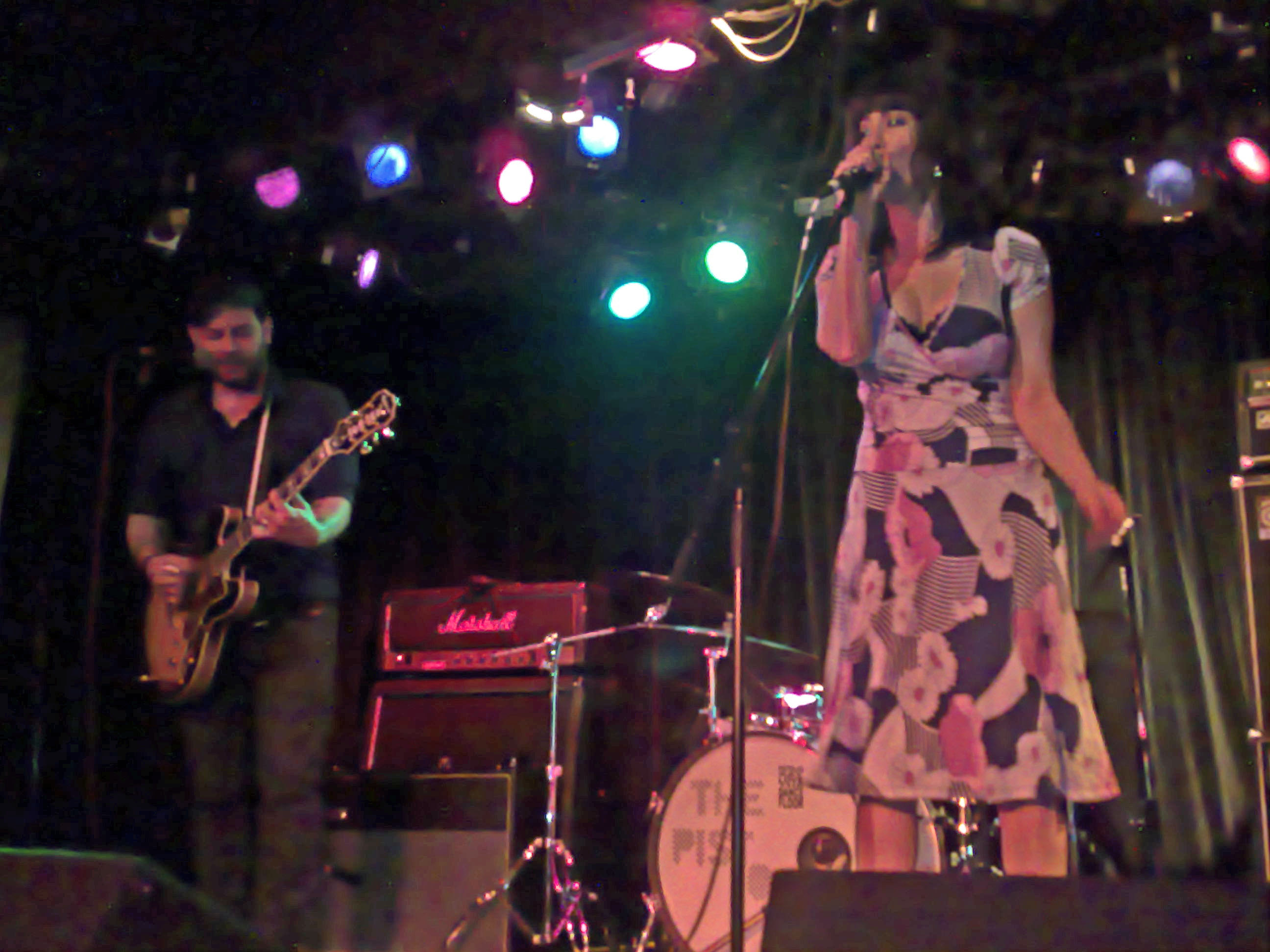 Formerly US Based indie, electronica band The Human Value have taken it upon themselves to take a break from dives like LA’s The Viper Room and have relocated over here to show us how it’s done. A three-piece act comprising one beared and capped gutarist, a very young looking drummer and the obligatory sultry looking vocalist – so far so expected – but this troupe have aces up their sleeves and a lot of it comes in the form of raw power. It’s very early Siouxsie and the Banshees that springs to mind. North and Central London clubs should watch out for this trio of very taleted artists.

Turu’s voice seems to want to try to drown out the rest of the band at times, but there is nothing of the sort happening here. All members of the band uphold their own and bring a hard intensity to an otherwise static stage at JoJos. There is also enough range in their repitoire that they don’t sound like just another retro punk act.

What did almost spoil it all was the very poor sound system that Madam JoJos has to offer (the band that followed had even worse problems). It’s a real shame that the sound testing, or technicalities of stage production just can’t seem to be managed properly at this venue. It becomes tiresome when the resident DJ has to run on stage to try to figure out what has gone wrong every five minutes. It is sometimes customary for eyes to dart at the band for not testing properly, but poor sound has become something to be expected at Madam JoJo’s (being a regular reviewer there). This little mishap can of course destroy a bands performance and along with any new fans they may have wanted to make in the process of performing.

Let’s hope this doesn’t affect The Human Value as they – at least – knew what they were doing.