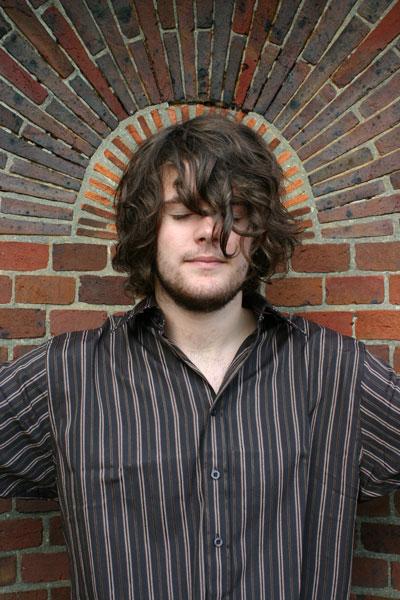 There must be something in the water because singer/songwriters seem to be everywhere these days.
That isn’t always a good thing of course because for every Jamie T or Patrick Wolf we have James Morrison or dare I say it, Scottish ‘meeja’ darling and all round shlockmeister Paolo Nutini.
Thankfully Paul Steel is one of the most promising ones about.
At his set at Barfly, he and his band put on a proper rock and roll show with added Kazoo.
Yes that’s right. A modern day singer/songwriter who performs with edge and gives frenetic set that most bands these days would be proud of.
Although don’t be fooled by the Kazoo, it’s merely the little quirk in his armoury.
He is aided by Rachel Wood on guitar, Andy Nixon on drums, Makoto Kano on Bass and with percussion and backing vocals from Gemma Carre and Alani Gibbon with Paul occasionally picking up his guitar but mainly focusing on his keyboard.
On his MySpace it says he is on a mission to reclaim the phrases ‘multi-instrumentalist’ and ‘singer/songwriter’ from the jaws of tedium – his performance tonight is anything but tedious as he gives the small but relatively lively crowd an indication that he is set to go far.
Organ fuelled ‘Your Loss’ has been described by Dermot O’Leary as sounding like Mika but once again, don’t be fooled. Thankfully Paul’s hairstyle is about the only thing he has in common with the afore-mentioned Radio 1 wet dream.
An ideal summer song, when ‘Your Loss’ arrives, it sounds like a cross between something Supergrass or Super Furry Animals could have released in the past.
Despite some comparisons, Paul Steel is an artist in his own right.
His material is melodic without being wet and carries enough punch to give him a good reputation as a live act.
The phrase ‘psychedelic pop expert’ should be in the vernacular of music journalists up and down the country very soon.