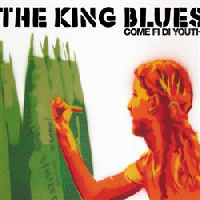 Radio Ones punk chart saw them go straight in at #1 with their 2006 release ‘Mr. Music Man’. And having positive reviews building up all around them only hints at what they’ve got to offer.

Taken from their debut LP ‘Under the Fog’, ‘Come Fi Di Youth’ delivers a raucous rock vocal that grounds the bouncy and upbeat ska fuelled and supervisory sound made by these punky dubsters. Take ‘Clint Eastwood’ by Gorillaz, mix with anything by a Beth Ortonless Future Pigeon and add double fat bass to finish. Nice! Treated to a reworking, this track just invites you to join the uprising and stick it to the man!

The real beauty lies in the fact that these guys are actual activists, frequenting police defying rallies and showdowns like ‘Reclaim the Future’ and legal benefit gigs like the 2007 Zapatistas of Mexico fundraiser. TKB’s wear their rebellion rooted art on their CD sleeve and reflect it on their Myspace page, with each member donning a scarf to hide their faces. So what if Kasabian may or may not have inspired the move, I like it! Who cares if TKB’s debut LP is or isn’t as good as some similar efforts made by bands of the same mindset (Sonic Boom Six)? It’s all good, right? Damn right! Fight the power TKB!