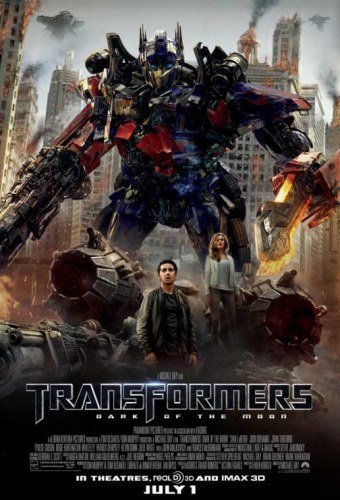 Transformers! Robots in Disguise! Transformers! More than meets the Eyes! Sorry, I just wanted to say it. It’s the only joy I have been able to derive from the biggest waste of money since those OAPs recorded that song that got in the charts. Apparently, it took weeks to get rid of their stench from the studio and The Transformers soundtrack leaves a similarly odious smell in its wake.

If you can’t afford to buy the album then simply go down to The Camden Underworld in London on a Monday night to ‘Very Hard Rock Unsigned Night’ and watch the worst band, or alternatively, just stand next to an industrial strength pneumatic drill in a busy tunnel and deafen yourself that way. I sort of hope, for the producers sake, that the film itself is one hell of one whole lot better than the soundtrack. But I sort of don’t care. When I listen to the music, I feel like I’m being sold a new Gillette razor in hell.

Even though the artist line-up on the album is heavyweight in parts, the music is interminable and sickeningly cheesy. The offerings of Linkin Park, and Smashing Pumpkins are poor and even the normally proficient GooGoo Dolls descend into near farce. My favourite song has to be ‘Passions Killing Floor’ by Him, which repeats the lyric, ‘My Heart’s a Graveyard Baby.’ Who funds these bands?

I would bet a lot of money that, in the rest of time, noone will ever claim that this is their favourite album. If you actually buy it you have far too much money and time on your hands. You need help.