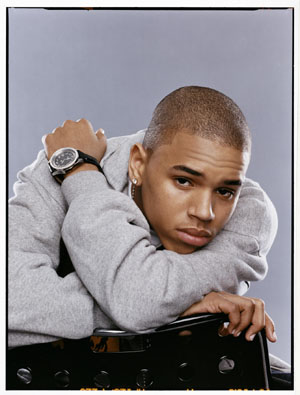 Seeing as Chris Brown’s single was leaked on to radio four months ahead of the release of his sophomore CD, ‘Wall to Wall’ has exceeded the expectations of not only his record company Jive, but has also become one of the fastest-rising singles in the Billboard’s Hot R&B/Hip-Hop Songs chart. Having reviewed this single a week before its release date, I call up on every fan of this genre to buy – no not download, but buy- this track (or the album if you’re not watching the pennies).

Not only does the single deliver catchy lyrical hooks – “but they keep coming from wall to wall” – but a multitude of high pitch executions which overall makes the single a pleasurable listening experience. A bass-heavy dance floor jam only summarises half of what this song is about, the video however, is an entirely different matter. Having seen young Chris perform at the World Music Awards last year, I was intrigued by the level of energy he invests in his performances. The video is an artwork in itself and the single is the icing on the cake.

The title of Brown’s sophomore follow-up was initially going to be called Graduation however; he changed the title after rapper Kanye West used the name for his album. Chris Brown has been working on his second CD for the past months, including sessions with production team Dre & Vidal and T-Pain, Justin Timberlake, Timbaland, R. Kelly and Pharrell. If ‘Wall to Wall’ is a taster of things to come, then the album is well worth the wait.