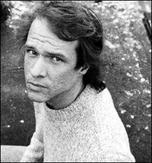 Vera Novembers cover of ‘Our Last Night Together’, an obscure demo track, kicks off with a simple piano / vocal combination, capturing the almost tragic spirit and essence found in most Red House Painters and Low music. Vera’s sometimes dually layered voice almost dictates the pianos input, commanding it to silently fade and cease at will, as she ascends to the very peaks of her vocal range to deliver this now clearer, revitalised, simple opening song. Owing for a tiny ‘ahhh’, it closes with an epic three minute piano outro’ to leave any vagueness or ambiguity intact.

Jens Lekman, who incidentally met AR when he was 19, follows with his version of ‘A Little Lost’. Already familiar with the song, having played it intermittently for the previous three years, it was recorded at home in just a few hours. With his Kalimba (African Thumb Piano, yes, you read it right!) sounding like drops of water, Jens finds a similar fragility to AR, touching upon Clap Your Hands Say Yeah or Belle & Sebastian moments as he sings and Animal Collective or Mice Parade moments as he plays. And I feel he should be pleased with his moving and heartfelt effort.

‘Make 1, 2’ is a song that not only pays tribute to AR, but marks the humble beginnings of Taken By Trees, serving as a prequel to her recent debut releases. With Victoria providing both vocals and guitar with her trademark lackadaisical delivery, fellow Concrete Ludvig Rylander adds his clarinet work, a piece of playing that could’ve come straight off any Agatha Christie based movie. To quote Jens ‘A sleepy clarinet walks by her side like an old dog’! In its entirety, the song itself, originally more of an upbeat jazz track, seems to suppress an unnerving and underpinning eeriness reminiscent of ‘Daddy’ by P.J. Harvey.

An unmistakable contribution from Hidden Cameras frontman Joel snaps us out of any slumbersome dream state we may’ve fallen into. ‘That’s Us / Wild Combination’ softly continues with Joel’s individual vocal riding his crisply strummed and Jack Johnson-esque guitar work. With the violin, piano and backing vocals from Elsa Wikstrom, El Perro Del Mar and Jens Lekman (respectively) being added at precisely the right quiet moments, the understated grace found within the string refrains of REMs ‘Nightswimming’ is at long last attained once more.

This whole EP has such a delicacy to it, with the amateur like performances and the home made feel to the recordings, it seems both lethargic and urgent in equal measure. I’m sure the contributors are well pleased with what they’ve accomplished, a great understatement of a tribute. Congratulations Jens!

The vastly uncelebrated talent that was AR died of AIDS back in 1992. In his forty year lifetime he worked with and encountered a fascinating array of people from Philip Glass to David Byrne and Beat Poets to Buddhist Monks. Like many great minds before him, he left a large body of unfinished work behind which included a notable forty tapes of just one of his songs, illustrating ARs passionate obsession with possibility.

Interest in his work has flourished of late, perhaps assisted by T-Mobiles use of his ‘This is How We Walk on the Moon’ track this year. The artists on this EP are going to appear at Kulterhuset’s ‘A Dream Night on the Roof’ concert in Stockholm on August 20th. 2008 should see the completion of a Matt Wolf documentary based on the life of AR.

For more details on the movie, please visit [link]