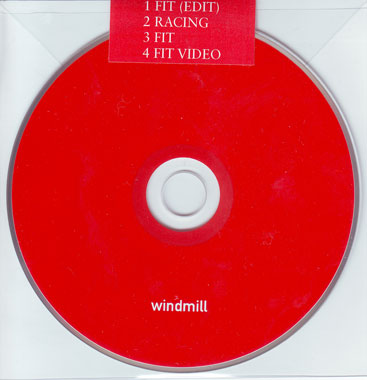 Ah Windmill how we love you. ‘Puddle City Racing Lights’ is already destined to be one of the most overlooked albums of the year and the release of ‘Fit’ probably won’t change that at all but it bloody well should, this guy’s special.

This is delicate and beautiful beyond belief, but its also got the joyous dance around in the sun even when its raining feeling that you get from the best Polyphonic Spree and Flaming Lips tunes. While this track is adorably brilliant and pleads to be owned, the debut album that it comes off has another eleven tracks equally as good.

Windmill is instantly unique and offbeat but if you had to sum up ‘Fit’ then it’s somewhere along the lines of Badly Drawn Boy sucking up helium and singing Ash’s ‘I’m Gonna Fall’ played by Arcade Fire. Odd, granted, but unmistakably brilliant too.