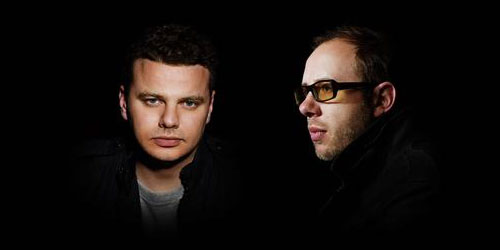 Pre-purchased alcohol is guzzled frantically, as revellers stand in an increasing queue waiting to be searched. 15;45 approaches and the cutting comments at this inconvenience become aggravated because an agonising 400 yards away the man of the moment, Mark Ronson is whipping out whirling mixes and funky tunes. Naturally tracks from the ‘Version’ album dominate, but ‘Oh Wee’ from 2003’s ‘Caught By The Fuzz’ album, gives the main-stage a bright disco lift.

Technical difficulties blight the chances of building up that adventurous and lively vibe. However, guests galore keep the freshness and stage action ticking over. Daniel Merriweather joins Ronson onstage to finish things off with the sprightly and rejuvenated The Smiths song ‘Stop Me (If You Think You’ve Heard This Before)’.

For those fired on by premature booze consumption, Kelis raises the energy levels with her feistiness and attitude gushing Drum N’ Bass and R N’ B fusion. ‘Milkshake’ stirs the confidence in the females, to cock n’ strut along with the effervescent leading lady and feisty fervour prevails to leave you feeling like you’ve been dominated.

One of the slight let-downs last year was the rumour circling that the sound was turned down in the tents. LADYTRON immediately put these rumours to bed, when they shake the Myspace Futurism Stage with their robotic, off-kilter pop and electro leanings. Vocals have never really been the focus of LADYTRON, but Helen Marnie seems to have an added edge this evening, possessing the clarity and pitch of a combination of Kristin Hersch (Throwing Muses) and Debbie Harry.

‘Destroy Everything You Touch’ displays an anarchic thrust and a fatter synth led sound. Their stage presence, as ever, relies upon a distant mystique and is maybe the reason why this their first appearance, at what was for years their home festival?

The burning question to be answered this year surrounds the appearance of NU-Ravers, New Young Pony Club. How will the old-skool, Cream faithful respond to this craze? Well, the modest turnout in the Chibuku Stage suggests that they’re not quite ready to nurture this new baby. Given the lofty stage position and its distance away from the crowd the electric personality of Tahita Bulmer doesn’t connect easily with gatherers. The laid back lounge touch of ‘Grey’ makes full use of her clear, streetwise vocal lag. Whereas, the provocative and punchy single ‘Ice Cream’, creates only a stir in the crowd as oppose to the ruptures it probably created at the Reading/Leeds Festival.

A slot on the Ciderhouse Tent, with its welcoming beer garden shows that you are going places. Disco Funk-sters The Whip, with their forceful percussion approach fattening out the whirling beats, go against the commonly held view that the tents here aren’t really set up for live bands.

Veterans Groove Armada use an old skool approach, featuring an MC stirring the crowd up and classic, posing tunes like ‘I See You Baby (Shaking That Ass)’ to get the main-stage jiving. Whereas, the Chemical Brothers perform in fits and starts, even the brazen rave anthem of ‘Hey Boy Hey Girl’ doesn’t hit its usual peak. They seem to fall into a bit of a lazy groove after the Budweiser Ad’ famed ‘Galvanise’.

Pendulum seem the perfect act to kick off the frenzy in the tents and even pick up where the Chems should have left off. It must have been Pendulum’s driving Drum N’ Bass edge of their early days that earned them such a prestigious slot, but they seem reluctant to return to it. A laid back lounge approach and flitting jumps to synth led frenzies still seems to please, though.

The overall impression of the dance scene judging from the exit murmurings of revellers, is that Trance is the new Rock N’ Roll, again.