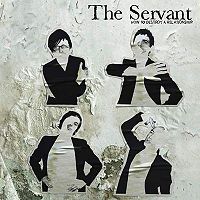 The Servant – How to Destroy a Relationship

It’s impossible to listen to this album without being reminded of the immense contributions made by bands like Coldplay and Editors.

If they’re the premium drugs of choice, The Servant is like the generic version.

That’s not a complete put-down, but the band haven’t done themselves any favours with their track listing. Firstly it’s not exactly best practice to put the title track down as the first on the album; you want to build up to it.

To my mind, the haunting ’Hey Lou Reed’ would have been a much more effective introduction to the band. The title track sounds a little too Indie-hit-songbook formulaic.

The guitar work on ’Hey Lou Reed’ is much more expressive and heartfelt.

With the gentle sad nod to Beck the production’s good and the vocals are strong and clear.

Any doubts about the band though vaporise with the clearly-meant-for-chart-success ‘Moonbeams’; a song Messrs Martin and Chaplin would be proud of. – it’s one of those curious beat driven introspective gems, which pays tribute to the tradition set by The Pixies of subdued verses followed by raucous choruses.

Emotional and honest – it’s worth the price of the album.

It’s the kind of song you could imagine Billy Corgan recording.

If it’s a slightly less unhinged version of Editors you’re after, this is the album for you.