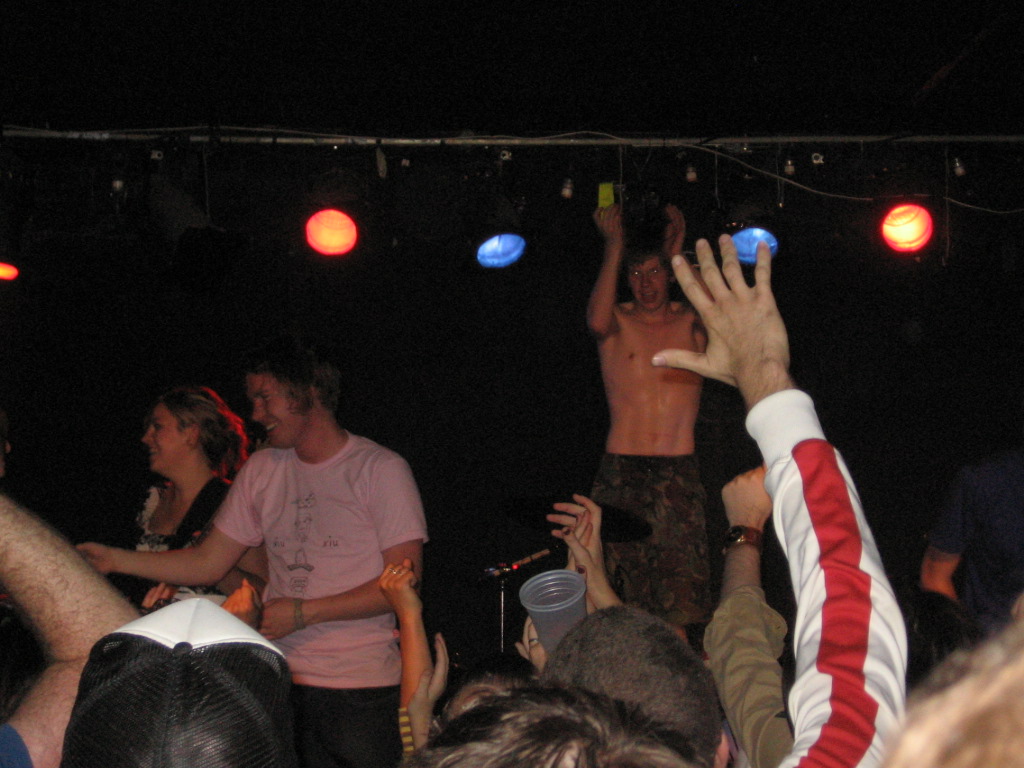 New York city has finally been invaded by Glasswerk, on the trail of the self proclaimed second most important punk band in the UK toady’. Los Campesions hail from the Welsh capital Cardiff and have been touted as ones to undoubtedly watch over the next twelve months. The Mercury Lounge is packed by the time I arrive which bodes well to say the least. As they arrive on stage the crowd cheer gleefully and await what is to follow.

This gig is the second of two nights the band are playing at the venue but this is the evening they headline. Having just played Lolopolooza a few days before, the band are on a high to say the least. They tell the crowd that they are from Cardiff in Wales which bring cheers buy the travelling contingent. They play a highly charged forty minute set that has those at the front close to breaking out the pogoing, which is something you very rarely see in New York nowadays. They play ‘It Started with a Mixx’, ‘Sticking Fingers Into Sockets’ and ‘Sweet Dreams, Sweet Dreams’ before brining the show to a rousing climax with and the stupendously show stoping rendition of ‘You Me Dancing’. One thing that could definitely help the band is if Gareth Campesinos! became more the front man from the off and not wait until the end of the set. As he also plays keys at certain points it takes away from his natural dynamic style and he should fully concentrate on fronting the band like a true satr, which he undoubtedly is. The final couple of songs has him microphone in hand leading the excitement drawing more from the crowd, which is something he should do as much as possible.

Los Campesions have the undoubted talent to make a significant breakthrough very quickly indeed. They have an endless amount of energy that energises a New York crowd that is famous for being hard to please and reluctant to jump around. Their was also a significant homelands presence at the gig which goes to demonstrates the inroads already mane by the band. Hardly out of nappies yet this lot of young pop upstarts look set to explode in your face, in a good way that is.