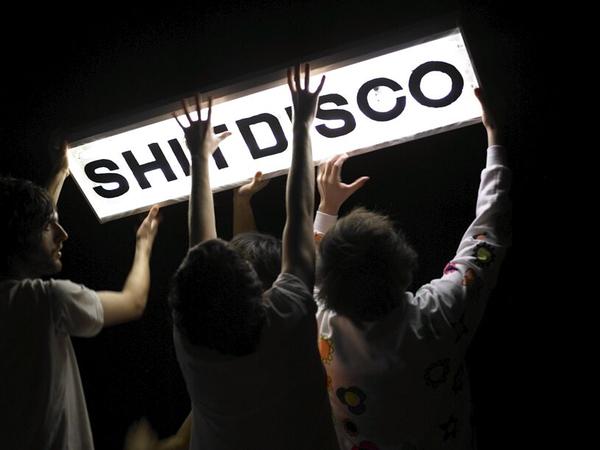 A Fistful Of Fandango – 229 London

As I arrive at the 229 venue in Great Portland Street, the main room stands empty and everyone’s attention is focused firmly on room 2 where first band of the night, So So Modern play to a crowd afraid to step too far forward in this intimate offshoot of the main building, the band think nothing of this as they plot a course for their tight mathematical sound, built upon a live set up including synths, keytar and vocoder among more standard instruments, a strong uniform visual presence (matching white hoodies and white trousers all round) twinned with their jovial attitude towards playing picks at everyone’s interest, at least until the crowd slowly diminishes and trails off to the main room in anticipation for Operator Please.

Tonight’s set up feels rather unique in that instead of forcing you to make a choice as to which band to see in which room, the bill is staggered, leaving small overlaps between bands – near enough eliminating waiting times as the next band set up but also causing distraction as people flock out of one room in favour of another bands set starting before the previous one has finished.

Coming from the tiny second room makes room 1 feel cavernous as you step into it and the crowd that were previously tightly packed in now spread out into the extra space, leaving the floor feeling slightly deserted as Operator Please take to the stage. The buzz about this band has been phenomenal and anyone that has only heard the noisy shrieking debut of ‘Just a Song about Ping Pong’ will be surprised by the range of their set, a beach boys style surf sound permeates most of their songs and the violin that would look out of place among most bands adds a real depth and edge to the sound, anyone wishing to dismiss them as just a party band or a one hit wonder will eat their words after hearing the gentle and moving sound of ‘The Otherside’.

Back to room 2 where Fight Like Apes have just started and unlike the math noise of this rooms previous occupants, Fight Like Apes just make noise. Their incessant sound and profanity polarizes audience opinion until they break out their secret weapon, a love letter to Jake Summers in the form of song, their ode to a character from ‘90’s teen drama California Dreams is a real ice-breaker and eases the tension in the room and hints at a real tongue in cheek song writing ability. Leaving before their set is over allows me to catch all of Simple Kid, back performing live after being struck down with illness and in London before heading off to Bestival in Isle of Wight and then to the States in support of Black Rebel Motor Cycle Club and Kings of Leon. The laid back electro/folk one man band delivers a short set packed full of his unique brand of humorous and insightful social commentary that also includes (and you have to see it to believe it) duets with Ozzy Osbourne and Kermit the frog

Highlight of the night was the fast rising and hotly tipped Friendly Fires that surely won’t be playing venues the size of 229’s room 2 for much longer with the reputation and hype that has deservedly been building. Rock and dance cross-over bands have become commonplace on the indie scene, particularly in the last year we have been overwhelmed but Friendly Fires still stand head and shoulders above many contemporary peers, their approach is funky and disco driven and a declaration to turn the packed venue into a dance floor is soon heeded, crowd participation, stage invasions and shaking maracas all feature as the band lead the willing crowd like pied pipers into the future of new British music.

With such a strong showcase of music on display tonight it is a shame that headlining set from Shitdisco does not follow suit, the buzz carried from room 2 after the triumphant Friendly Fires is soon dampened, a few faithful to the band dance down the front but in the week when the Klaxons had won the mercury music prize for their forward thinking album, an award to honour an album that captures the state of music today, Shitdisco sound uninspiring with their synth heavy dance/rock hybrid, the guitars are jerky and angular like fellow Scots Franz Ferdinand but their failure to cook up nothing new is a complete disappointment.