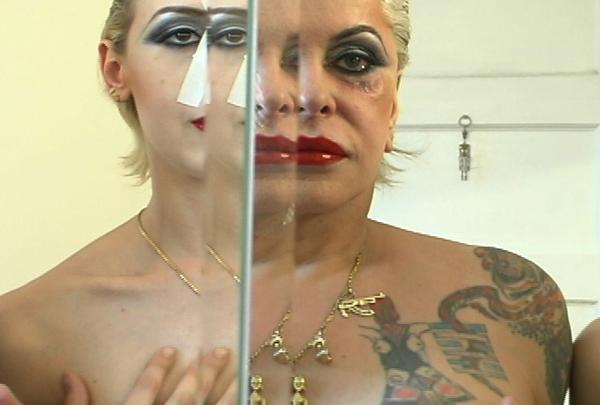 Included in the Guinness Book of World Records for most album released in one year and one of the few bands in existence with a transgender lead singer, if these facts don’t make you want to listen to Psychic TV, you’d best stay away.

After the sample that introduces the first track ‘higher and higher’, the croaky voice, funky bass, cool drums and guitar show off the musical stylings of ‘Psychic TV / Ptv3’.

It’s different, sounds like it belongs back in the 70’s but that’s not necessarily a bad thing! Distorted rock riffs control each song, but this album is not for the impatient as a lot of songs include a slow intro before getting into the swing of things. Tracks like ‘I Don’t Think So’, ‘Hookah Chalice’ and ‘BB’ show that this album is for the hippie at heart whether it’s someone who lived through the times or a new music lover looking for his or her place. This album is definitely worth a listen, so sit back, light some candles and lose yourself in the sound that is Psychic TV.