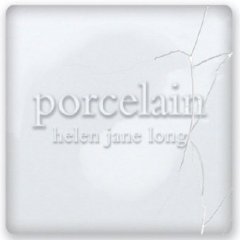 Modern British classical music doesn’t get much press these days, but that might be about to change with the arrival of the debut album by one of this country’s finest prospects. Hampshire-based Helen Jane Long may not yet be recognisable in name, but listeners will almost certainly be familiar with the sound of her compositions, courtesy of some high profile advertising campaigns for Volkswagen and Galaxy chocolate, amongst others, and her work assisting Howard Shore on the Lord of the Rings trilogy.

Long composed and arranged all thirteen tracks on this debut album, performs them all on piano, and as if that wasn’t enough, she also chips in with the cello, guitar and double bass. She’s ably accompanied by Jonathan Hill (violin and viola), the strings acting as the perfect foil to her rolling piano pieces.

Warner Music snapped her up almost instantly upon receiving demo, and a significant amount of interest in her MySpace would suggest that Helen can appeal not just to traditional fans of classical music, but to the younger generations as well. A timely reminder of the talent that lurks on these shores.