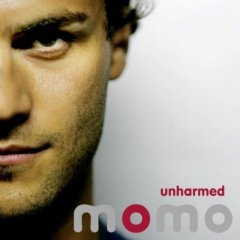 Since emerging in the mid-1990s as the sound of a thousand Balearic comedowns, chill out music has become one of the biggest selling genres of popular music. Now, classically-trained Spaniard, Toni Castells, a former child prodigy has decided to try his hand at the genre.

Recording under the name Momo, Castells is aided in this project by a
veritable bevy of beautiful female guest vocalists from all over the world. There’s Spanish pop princess and former Eurovision entrant Beth, popping up to lend her Dido-esque vocals to ‘Atomic’ and ‘March in Charlie’. Kiwi soprano Amelia Whiteman appears on a number of tracks, of which ‘Broken Pieces’ is the most stunning and surprising – a real opera number in amongst the mellow pop. Gracie Patton provides French vocals alongside Whiteman’s operatic force on album opener ‘Diamonds’. And Dublin-born X-Factor finalist Roberta Howett features on the album’s final track, ‘Rescue Me’, adding a lovely flourish to this impressive work.

Essentially, Momo has kept things simple. There are few fancy beats or clever samples on this album, few complicated rhythms (though it seems obvious that Castells is more than capable on the musical front). But in this instance, producing as well as writing the album, he has rather sensibly realised that listeners prefer things simple when it comes to chill out. The vocals are the priority, but never overpower the music. It’s an excellent debut and sure to be a big hit amongst the Big Chill crowds.