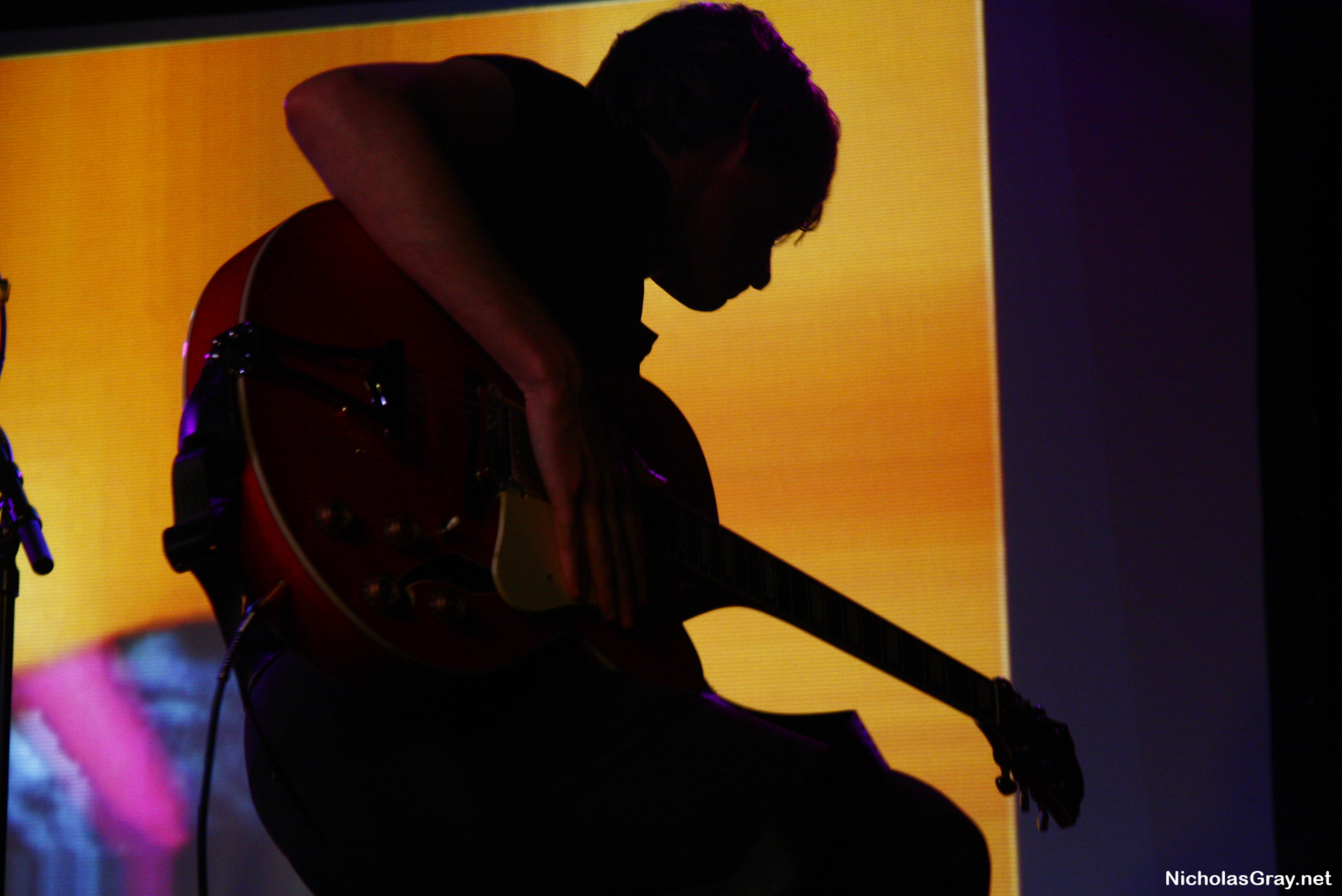 The Distraction Weekender is an annual music event that sees some of the best northern talent collide for 3 days. Styles showcased include indie, rock, ambient electro and even some performance artists that could be considered hazardous to your health.

Friday night was the smallest of the days featuring only five bands that covered the indie genre, headlining were School of Language supported by St. James Infirmary, Pale Man Made, The Matinee Orchestra and Milky Wimpshake.

St. James Infirmary started the night off by banging inflatable hammers against the floor and singing about sausage rolls from Greggs, they had a good set and some funky tunes.

Pale Man Made is an indie band consisting of two guys and two girls that had some good songs but felt a bit samey after a while, however some people might say they were more consistent then samey.

The Matinee Orchestra, looking on MySpace the guy normally has a few people with him which would have been more interesting then one guy stood perfectly still while changing levels on a keyboard. Think that episode of Friends with Ross playing weird tunes on a keyboard that only Phoebe likes. If you like music that could be used as ambient background music for a motivational DVD then you’ll like this guy, if you like someone with energy with tunes to make you move you won’t.

Milky Wimpshake have a classic rock feel with a number of good songs built up over the years. Their set has a lot of energy which got the crowd cheering.

School of Language started of with their popular track “Rockist Part 1” which was full of the energy and good feelings like you’d expect from this band.

They then moved onto “Disappointment ‘99” however due to relying on public transport to get me home I had to leave during this song which is a shame as I’ve heard a lot of good things about this band. That the first day over for me and it was safe to say I was looking forward to the rest of the weekend.