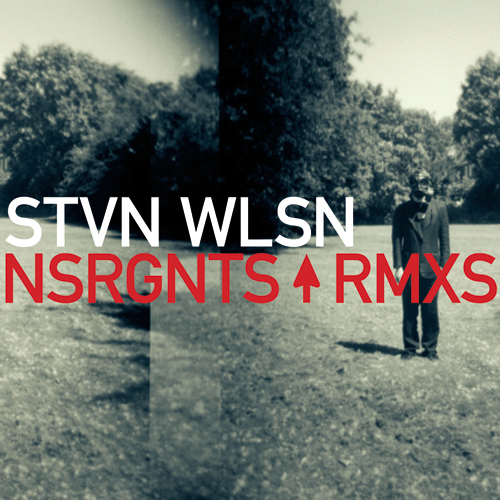 To be in with a chance of winning a 12” vinyl of Steven Wilson’s Harmony Korine all you need to do is answer one simple question. The main track is a David A Sitek of TV On The Radio remix is the main track and it's taken from the remix album NSRGNTS RMXS which is out on October 12th.

Insurgentes, the debut album from Steven Wilson, was released earlier this year on Kscope. The album immediately received a rapturous reception from not just fans and critics but also from fellow artists. Several of these artists have remixed tracks from the album and NSRGNTS RMXS is a collection of some of these remixes.

NSRGNTS RMXS opens with a mix of Harmony Korine by David A. Sitek, currently enjoying massive critical acclaim for the new TV On The Radio album.

Underground hip-hop pioneers Dälek have created a dark, brooding mix of Get All You Deserve (think Massive Attack meets UNKLE).

Engineers, who return on July 6th with their new album Three Fact Fader, have brought their widescreen sound to Abandoner while Pat Mastelotto (King Crimson, XTC) has created a sprawling mix of Salvaging and drone act Fear Falls Burning have also reworked Get All You Deserve.

The mini-album is completed by the winner of the remix competition which ran on the Insurgentes mini-site. The competition offered fans the chance to remix the track Abandoner and received over 200 entries. Steven listened to all the entries and whittled them down to a final eight mixes which were then put up on the site for fans to vote on. The Danse Macabre remix created by Łukasz Langa topped the poll. This mix will now feature on the CD and download versions of the NSRGNTS RMXS mini-album.

A 12” vinyl edition of NSRGNTS RMXS will also be released. This will be limited to 1000 copies only available from the Kscope store. It features the David A. Sitek mix along with two mixes of Only Child by Pat Mastelotto.

The initial run of 5,000 copies of NSRGNTS RMXS is now available from the Kscope store. The CD edition will be in stores from August 24th (October 12th in UK)

One of the most eclectic and prolific artists in rock music, Steven Wilson has been writing, recording, and producing music continuously since the age of 10 .

Best known as the frontman of Porcupine Tree, Wilson is also the key component in various other projects including No-man, Blackfield, Bass Communion as well as a respected producer and mixer acclaimed for his work with Opeth and Anja Garbarek amongst others.

Insurgentes comprises 10 tracks that range from ballads and anthems to all-out industrial noise assaults, the dark, cinematic and richly textured album represents two years’ worth of creative output and numerous recording sessions worldwide in studios from Mexico City to Japan and Israel.

While Wilson is a member of several bands including Blackfield, No-Man and Bass Communion, he explains that “when I began writing these songs, I quickly realised that they would be best suited to an album under my own name. It was an intuitive, almost unconscious writing process that resulted in a kind of ‘poetry of melancholy.” The final product inhabits a similar experimental realm as recent albums by Thom Yorke, Portishead, and Nine Inch Nails.