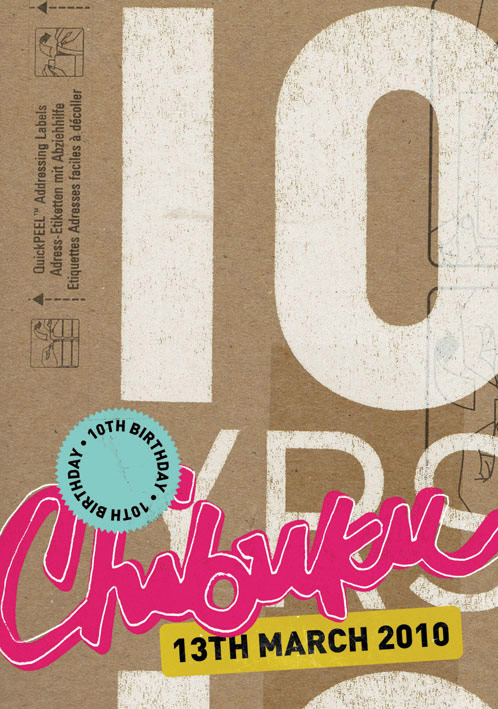 To celebrate this incredible club night reaching it's tenth birthday the lovely people at Chibuku have given us a pair of tickets to give away to one lucky winner!

Now starting its second decade in March 2010, the anniversary is capped by a simply huge party at Nation with one of the biggest, boldest and nostalgic lineups ever for the club, including everything from French house exponents and old Buku faves Cassius through to The Beastie Boys' Mixmaster Mike, over to Adam Beyer's techno, Busy P's Ed Bangin' bangers and young dub progenies Skream and Caspa.

Not many clubs reach ten, and some of those that do are a little flabby around the edges. Chibuku has managed by bits of luck, wit, hard work and a pioneering spirit to witness during the Noughties the fall of the super club and rise of eclectic mayhem; now it begins a new decade of parties, starting with the tenth birthday at Nation, Liverpool, on Sat March 13th.

To win this lovey pair of tickets all you have to do is tell me what is Chibuku named after?

Email your answers to THIS COMPETITION IS NOW CLOSED