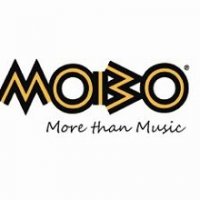 Win Tickets To The Mobo Tour

The MOBO Tour is set to hit six of the UK’s hottest cities over six days between 13th October and 19th October 2010. By arrangement with Coda and SJM, the tour will be headlined by DJ and Boy Better Know frontman, Skepta. The chart-topping emcee will take to the stage alongside a host of fresh, new urban talent.

“MOBO is proud to be partnering with PRS for Music Foundation, Arts Council England and Urban Development to present this tour which champions emerging talent. It is difficult for rising stars to find the support they need to make it to the next level. We hope that this tour will broaden the impact we can have on the future of urban music in the UK.”

In a year where urban music has dominated the national charts, get ready for a show-stopping tour that is set to prove that more than ten years on, UK urban music is truly bigger, better and here to stay.

To celebrate the tour and awards coming to Liverpool this year we have a pair of tickets to the Liverpool show at the Academy 2 on Saturday 16th October.

All you have to do to be in with a chance of winning the tickets is to email mail with your name, address and answer to this question:

Who is headling the Mobo tour?
A) Skepta
B) Tinie Tempah
C) Example