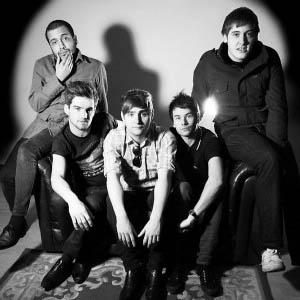 Bursting out of South Wales’ hotbed of talent in early 2007, the charismatic quintet, Kids In GLass Houses, found a large and loyal fanbase almost instantly thanks to their huge songs, tireless worth ethic, charming demeanors and stylish aesthetic, and media support to match. Kerrang! Magazine named them one of ‘The Hottest New Bands On The Planet’ in 2007; they won the Welsh Music Award for ‘Best New Band’ the same year and they were named Punktastic’s ‘Band Of The Year’ in 2008.

Now were are giving two fans a chance to win a pair of tickets to see the band in Sheffield or Birmingham. That's not all, each winner will also recieve a Saturday promo single, a Give Me What I Want promo single and some stickers.

All you have to do to be in with a chance of winning this great prize is email mail with your name, contact details, which date you wish to attend and the answer to this question…

Where are Kids In Glass Houses from?
A) South Wales
B) South Africa
C) Southport