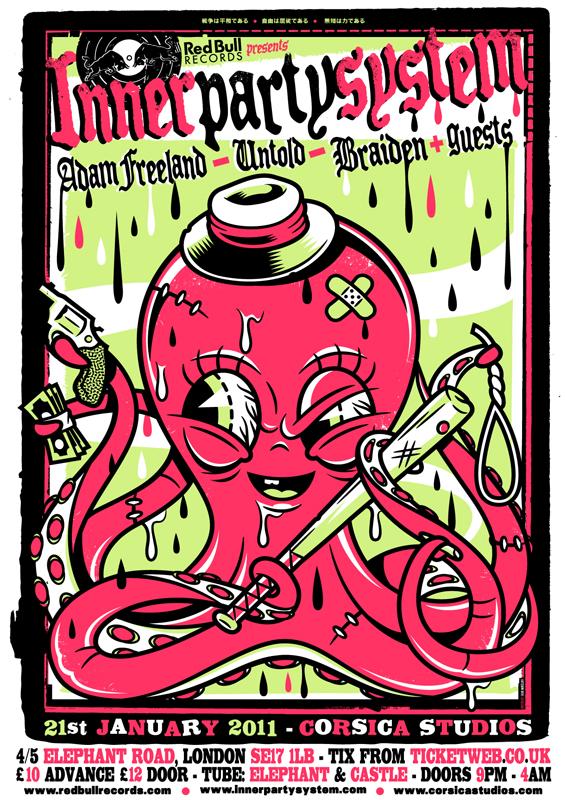 Innerpartysystem are back with a brand new single, ‘American Trash’ on February 7th and will be playing a sold out show at Madame JoJo’s and Corsica Studios in London on the 20th and 21st of January respectively. To celebrate the release, Glasswerk has three signed copies of a limited art print which is featured on the flyer for the Corsica Studios show to give away to some lucky winners.

Innerpartysystem’s new single ‘American Trash’ will be officially released in the UK on 7th February, following the band’s live shows, and the tracklisting will include the original version along with remixes by Adam Freeland, Porter Robinson, Starkey, Newsfeed, and Bottom Of The Barrel.

“It's much less a label, rather than a group of friends that are all helping to push this project forward. Really, they hang out with us after shows, we exchange ridiculous email chains and geek out about futuristic lighting ideas that aren't even possible yet. It's everything we could’ve asked for in a label, plus the added bonus of making new great friends.”

Innerpartysystem’s previous trips to the UK have included a sold-out headline tour and performances at the likes of Wireless festival, Camden Crawl and Milton Keynes Bowl with Linkin Park and Pendulum. Fans and critics alike were wowed by the intense experience that is Innerpartysystem’s live show.

You can buy tickets to the Corsica Studios show here link

To be in with a chance of winning this fabulous prize all you have to do is email mail with your name, address and answer to this question.

What creature is featured on the print?
A) Octopus
B) Shark
C) Ferret