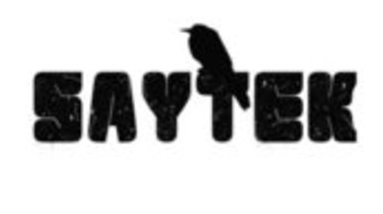 Saytek aka Joseph Keevill has gained a reputation as one of the most exciting live acts to come from the UK in recent times. He has been relentlessly touring the UK and Europe with his fully improvised hardware live shows with headline slots at clubs and parties such as Sankeys Manchester, Fabric London, The Zoo Project Ibiza, Mr C's Super Freq in France and Cafe d'Anvers Belgium to name a few. This month he has released his next album on Cubism: Reworked and it’s another assured on-the-fly-performance from one of the game’s finest…

How have you evolved since your last album? What’s changed for you?

Wow its been an incredible year since my last album, The live show is going really well I have been lucky enough to headline places like Fabric, Mint Club and Sankeys in the UK as well as some amazing tour dates across Europe, I have given all my latest live music away for free via Podcasts and radio shows and have 2 sets that are available to download from my soundcloud. Sound wise with my recent set I really wanted to return to my routes of deep retro feeling house and soulful Detroit inspired techno with a percussive tribal edge.

Is it all live again? What was the aim with it?

This time its DJ friendly re-edits and remixes from the live show, people have been asking me to play parts of my performances for years but as its all improvised I have had to decline, Cubism stepped in to re-edit the tracks and we got loads of remix requests so we let people remix the bits they wanted, the results have blown me away and the tracks have been supported by the likes of Luciano, Laurent Garnier, Richie Hawtin, Steve Lawler, Dubfire, and Claude Von Stroke. I am a very happy man. It’s a
great feeling to have an album of fresh tracks inspired by my live show.

Did you plan parts out first; make loops then play them together and record or is it 100% improvised in one take?

My live sets are 100% improvised.  I strip down tracks into individual elements and then jam with all these parts. So the music is made first as loops then deconstructed and reconstructed live in response to the crowd.

Have you any new toys/kit/technology/techniques on this album?

I still use all the same analogue Roland hardware, Kaos Pad 3 and loop sampler, however I upgraded my laptop to a 15” Macbook pro i7, I now use Ableton 8, reason and d16 classic box plug ins, with a fully customised akai professional APC40 on the computer side of things. The result is the best of both worlds and it really is a great way to perform.

What inspired or influenced it most, musically or otherwise?

My inspiration can come from many places and many styles of music, often I can be inspired by what someone plays in a club, or when at home listening to a friends DJ mix … Or it can just come for no apparent reason.

Will you be performing it in clubs I assume? Was it written with that in mind?

Yeah the live show is designed to work on the dance floor but I like to think it will work equally as well on an ipod as well, and the feedback I am getting from my podcasts seems to confirm that.

What else are you working on?

I am currently working in the studio doing some collaborations with some great producers including Philip Ort and Dzeta N' Basile.