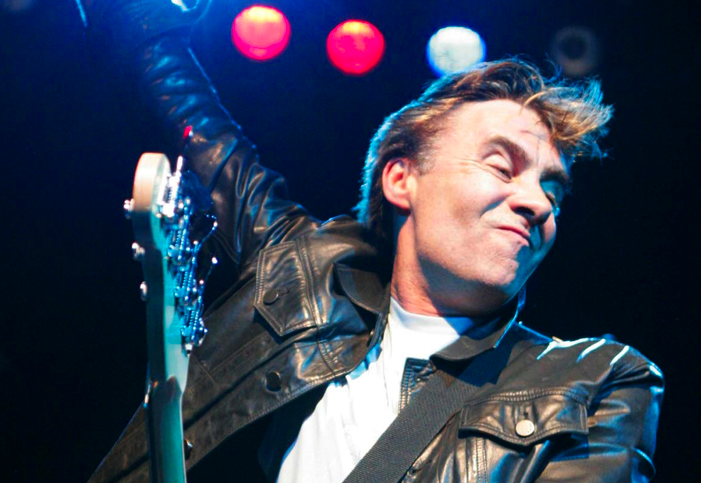 Sex Pistol ? Yes.  Much more than that? Definitely.

Glen Matlock is not just an esteemed bass player – he’s also a lauded song-writer, a great rhythm guitarist and now the bass player for The Faces, the iconic group who inspired him and so many others.  Alongside Ronnie Wood, Ian Mclagan, Kenney Jones and Mick Hucknall on vocals, Glen bounds into the late great Ronnie Lane’s shoes to play a series of world-wide live dates.

Prior to that, however, Glen plays selected dates with his own band The Philistines.

On June 16th the now rescued 100 Club plays host to Glen Matlock And The Philistines, the band who’ve been together in various guises since the 1990s, providing a unique opportunity to see this energetic, multi-talented man close up.

As a special bonus a new single “Hey Mister” (not on the album) is released on June 16th to coincide with the 100 Club gig. Another original song, it features Javier Weyler (Stereophonics) on drums, Jim Lowe (Stereophonics’ producer) on bass, James Stephenson (Alarm, Generation X etc) on lead guitar, Maggi Ronson, Tracie Hunter and Elizabeth Westwood on backing vocals and Glen on lead vocals and rhythm guitar.

From being a founder member of the incomparable Sex Pistols Glen has been part of various band incarnations – the Rich Kids, The Spectres, The Pretty Things, Dead Men Walking etc. To touring with Robert Gordon alongside Slim Jim Phantom and Chris Spedding and now stepping out with The Faces, Glen has written, sung and arranged his way across a wide tranche of music.

He has also played with various other musicians including Mick Jones and Iggy Pop and earlier this year played bass for Primal Scream at their Brixton Academy Tsunami Benefit. In addition he has written an autobiography, “I Was A Teenage Sex Pistol”, soon to be in its fifth printing, and played on the Sex Pistols’ various reunion dates.

“This album tells us a lot of about his enduring pop-rock song writing qualities. He is after all the only Sex Pistols member still making music and has produced his best album in living memory. Born Running pulls no punches, it's a smoking gun of an album.” – Ready To Rock

“It’s straight-down-the-line major chord anthemics all the way…a well-crafted record that fizzes and feints with a lot of heart and little (if any) pretension.” – Record Collector

To stand a chance of winning the pair of tickets, just email mail with your name and contact details (phone number, address) before 12pm on Monday, June 13th. Good luck!