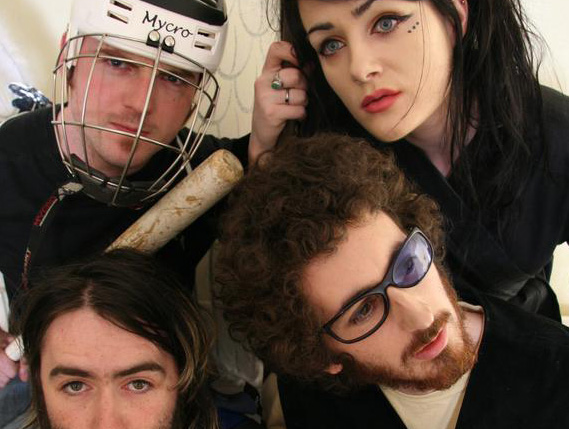 Irish group Fight Like Apes line up on this year's Latitude Festival bill – we caught up with keyboard/vocalist James Fox to chat about their feelings running up to the festival.

Who is your ‘must see’ performance at Latitude this year?  I don't think any of us could ever miss a British Sea Power performance at a festival we're at. Incredible band. We also love Saul Williams.  Danny Dorling, just because there is an ECW wrestler called Danny Doring, and Late Night Gimp Fight purely because I love the name.

Not including items used in your performance, what is your ‘must-have’ festival item? A banana; you see you can either eat it or shove it up your arse, depending on your buzz at the time.

Do you have anything special planned for your performance at Latitude? Let's just say it depends whether or not you put those bananas on our rider.

If you could have anyone (dead or alive) to introduce you onstage who would it be (and why)? Why would you want a dead person to introduce me onstage?  You creep.

If you have been to Latitude before what was your favourite memory, performance or special spot on site? I remember getting a boat across the river to our gig. That's never come up before. Amazing site. Hope it's sunny.

More information about this year's Latitude can be found by following this link.