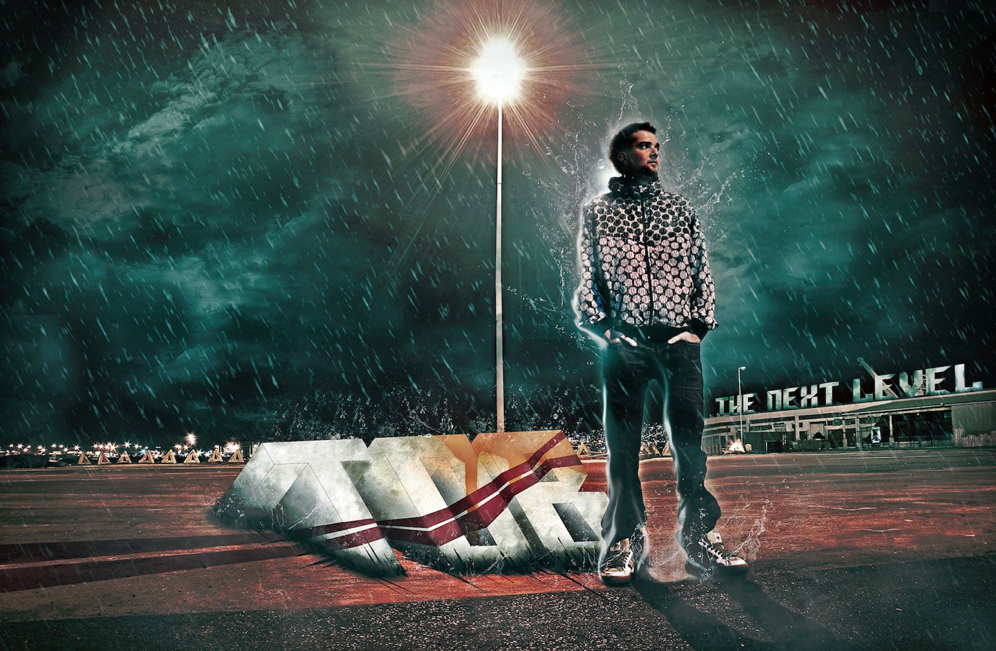 T.O.B began his international career with The Next Level – a release that saw him gather support and acclaim from DJs around the world. The EP also was made “Hot 1 @ 1” on Bobby Frictions Radio 1 show and is still regularly being spun on turntables across the globe.

Not wanting to pigeon-hole himself, Reve is also a film/television composer, with his compositions being featured on shows in the UK and America. Let's catch up with him…

What music did you grow up around in South Africa? Is that still an influence?
I grew up mainly to bands like Pantera, Sepultura & Cypress Hill. I do think that their sound will always be in my blood, although having said that, influences keep changing for me, almost on a daily basis.

When did you first hear dance music? What did you like about it?
Funnily enough, my very 1st exposure to dance music was a Thunderdome CD that I got from a friend when I was 12/13. My passion for dance music started there, by age 16 I began holding residency's at some of South Africa's biggest nightclubs and events playing hard-house. I had to get in the club with a fake ID to play my sets. When the clubs would get police raids, I would have to hide and stay out of sight for the duration of the raids.

And when did you decide to start making it? When did you first send some stuff out?
I started producing at about age 14, making mainly house & hip-hop, I then started to take it seriously in Psy-Trance at about age 17 with my mate Adam Metcalfe (Now known as Headroom).. I never released anything at that stage, but it was a great training ground for what was still to come, with my Dubstep & DnB career, which started with my debut dubstep release in 2009 “The Next Level”, where “Phyrgian Mode” got featured as the “Hot 1@1” track on Bobby Frictions show on BBCRadio1, Thwomp Attack!! also got massive support from artists to the likes of Bassnectar & Laurent Garnier amongst others. After that was my release “Evolutionary” & now my debut DnB single “Decoy”, which features Whosane, who has worked with MosDef, Killah Priest, Jean Grae to name a few.

Who and what are your biggest inspirations and influences?
Its hard to say, as there are so many and each of them for different reasons & certain aspects of what they do. Frederic Chopin is definitely on top of that list, Richie Hawtin, Richard Devine, Autechre, Speedy J..But If I had to choose one, it would definitely be Trent Reznor, for having such a fascinating career & for all his genius campaigns for giving out his message to the world. He really is great inspiration to me.

What do you aim to achieve in one of your records? Are they made purely with the dance floor in mind?
I don't really have a particular “aim” for my music, other than to keep pushing the genre limits & keep pushing my abilities to treat each track as if were my very last. Its very difficult to stick to a certain “aim” as a producer, genres and trends keep changing, as do my personal tastes. Its also very limiting to just stay on one path, its very important to take your role as a producer as someone who isn't afraid to try new things, even if that means your gonna fall on your face a few times.

What sort of kit do you use to write?
Cubase 6 & tons of hardware. A lot of which is very limited stuff & has been a 7 year process so far to acquire, some pieces even taking up to 2 years on the fabricators waiting list. Some of my kit has been specially fabricated for me from custom builds.

I understand you compose for the film & advertising industry? What’s that like?
I run a studio with Tasha Baxter called “Humble Pi”, It's awesome. Its great as it really forces you to try new things as a musician, which all forms part of your palette as an artist. Sometimes you get to do amazing sound design work on epic adverts or film & sometimes you have to compose music for a funny kid's TV commercial. Its not always 100% fun (and very stressful for the most part) but its an essential part of where I get my inspiration from & something I love doing.

Do you DJ similar stuff to your own productions? Do you have rules for yourself when DJing?
I haven't really had much time to focus on playing out at all. I've been stuck in the studio working on film score & also working on my releases, its something I look forward to giving more attention during the later part of this year… I've never wanted to be the type of artists who hides behind his MacBook on stage, if I'm to play live, I'm definitely going to put my focus towards putting on a show for the crowd.

How do you find time for all these things? You ever think you’ll focus on just one?
Its really about managing your time correctly, the downfall is that I never have much time off on my weekends, it's a 7 day week thing for me & it does get tough at times. But the reward & satisfaction you get, is what makes it all worthwhile in the end. I really see myself doing this 'til the day I die and I'm so passionate about learning new things..What better way to learn and create your art at the same time? Im on a constant journey towards a mountain top that has no peak, every time I think I've arrived, it gets much higher.. And that's exactly where I want to be, that's what keeps me fascinated..

What have you got coming up in 2011?
There's quite a few releases coming out this year, with a very recent remix of ill gates, Opiu & Vent, then there's my following DnB single “The Eclipse”, which has already gotten some great support from some of the dnb scene's top names. Im also currently finishing my next Dubstep EP which should be out during the last quarter of the year. I'm also due to be writing a track with Broken Note at some stage & some other really interesting collaborations which I look forward to.

More information about T.O.B can be found by following this link.