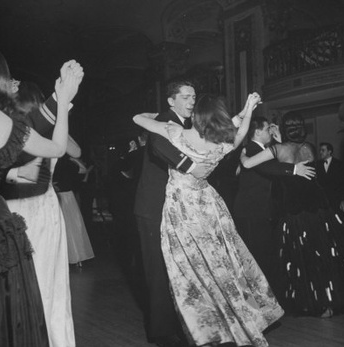 Three cool little songs have appeared mysteriously on the interweb lately, posted by an unknown entity that calls itself Tashaki Miyaki. Two covers (of the Everly Brothers and Sam Cooke) and one original called “Somethin Is Better Than Nothin”, they have a pleasingly evident 50s/60s influence, but they’re not merely retro. With hard-edged, stabby guitars and dreamy, echoing vocals, these songs are almost creepily surreal in their new context and have a sound that’s all their own. It’s intriguing stuff, and made no less so by the fact nobody seems to know who these guys are.

So Glasswerk, in a fit of intrepid journalism, went to Tashaki Miyaki’s bandcamp page, clicked ‘Contact’ and asked:

Tashaki Miyaki: We are Tashaki Miyaki, a two-piece band – one drummer/vocalist and one guitarist. We love music and were hanging out and playing together at a friend’s studio, and it was really fun so we recorded it, liked the recording, and kept it up. That was some time at the beginning of this year… Since then we have been continuously writing and recording.

Glasswerk: Why the emphasis on 50s/60s music – has that always been an era that appeals to you?

TM: 50s/60s music has always been something that appealed to both of us, but there was never any intention to focus on that specifically. “All I have to do is dream” just happened to be a song we both knew. We were jamming it one day and it sounded cool so we decided to record it. “Nothing can change this love” was a song we recorded as part of a mixtape compilation for cactus mouth/unholy rhythms, two music blogs. They wrote us requesting a cover song from that era and we both immediately wanted to do Sam Cooke.

We love recording covers from all eras. We love music from all eras and genres. We have been working on some things from the 70s, 90s, and even some very contemporary material. It’s something we do in the studio when we are setting up, warming up, and getting sounds. It’s also so fun!

It used to be that if someone wrote a good song, artists from all different genres would cover it – you’d have a pop version, a rock and roll version, a country version, a soul version…all of the same tune, all on the radio at the same time. Whether it’s nostalgic or not, we kind of long for that to happen again. Songwriting is something we both hold dearly and there are a whole heap of good songs from the 50s and 60s. It’s a fun era, and one we both love, but there was never any intentional lean in that direction.

“Somethin Is Better Than Nothin” is an original. It was the first song we wrote as a band. We wrote it, recorded it, and Tashaki Miyaki was born.

Glasswerk: Do you plan to release an album?

TM: We would like to eventually release a full-length album, but we are thinking of starting with a less arduous venture like a 7″ or an EP. We are still experimenting with different sounds in the studio and that can be an endless process. It can be very time-consuming getting the intended sounds for each thing, because you make all these discoveries along the way that can take you off on hours of little tangents. We can get very involved with each detail, and find it refreshing to not be working under time constraints. Right now we are trying to write and record as much as we can while we have this sort of freedom.

Glasswerk: Could you please us your names, or where you’re from?

TM: We are not releasing any other information at this time.