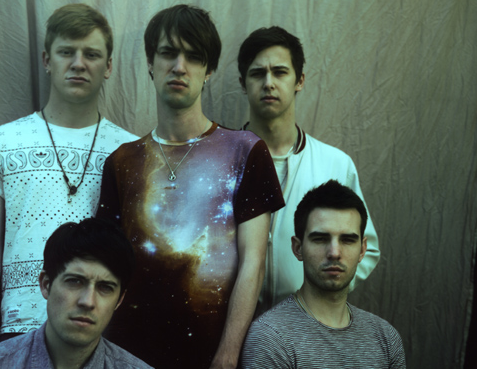 London five-piece Born Blonde release their debut single “Solar” today (July 11th) through Moriarty the Cat Records, with the video being available above.

We at glasswerk.co.uk thought it might be a good idea to have a little chat to get some background…

Hi guys.  Tell us a little bit about your history – when did you get started as a band?
It all came together in late 2009. A couple of early big shows put the pressure on and gave us a taste of what we wanted to achieve. We’ve played loads of shows over the last two years and it feels good now to get our single out and get some public response for what we love doing.

What inspires you to make specifically this genre of music?  It's not something that's often unearthed right now…
We are really into exploring atmosphere in our songs and we wanted to make music that we could disappear into. We realised that if the song was strong enough, we could really go somewhere with the arrangement; build up the song as a space or environment. No one had taken that way of looking at music to our generation so it just made sense for us to modernise it in that way.

What does the second half of 2011 have in store for Born Blonde?
We will be putting the finishing touches to our record over the coming months whilst starting up our night: ‘Purr’ which we are holding at the Balearic Shack in Ladbroke Grove, London. Our next single ‘Radio Bliss’ will be coming out in September so we are just getting going on that. We should be touring around that release through the autumn.

Musically, what would you say your main influences are?
We all have pretty broad musical taste, so we are always finding new things that inspire us. We were all brought up on the greats of the 60s and 70s like Dylan, Pink Floyd and Neil Young but we keep coming back to bands like Radiohead and My Bloody Valentine, because their attention to detail is at the centre of their ethos.

As ever, London is rife with underground talent.  Who should we be checking out that we might not have heard of just yet?
You should definitely check out our friends ‘Get People’, they are making really exciting music at the moment and seem to get better every time we see them.

Where can people find out more about you guys?
We run a blog called Purr which we keep updated with news and stuff that’s interesting us at the moment.  (purringheart.tumblr.com)