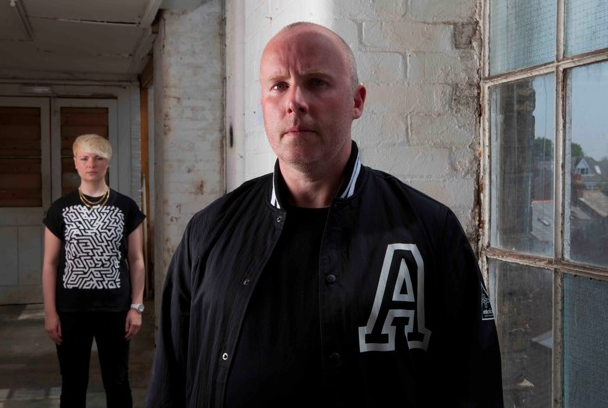 Artful – once half of legendary UK garage duo Artful Dodger, is to release new single “Could Just Be The Bassline” on August 15th through his own label, Workhouse Records.

The track – co-written by singer/songwriter Ed Sheeran – features the vocals of rising talent Kal Lavelle, and can be streamed above right now.

UK Garage is back, Mark – and it's about time, too.  What took so long, do you think?
I think musical styles tend to move in cycles, and for a long time now UK dance music has been dominated by Synths and Electro sounds, and also the 4 to the floor beat has permeated global Pop R&B too, thanks to the likes of David Guetta and Black Eyed Peas etc.
My guess would be that people are looking for something with a bit more groove to it, and more natural and classic sounds. It may also be that people are reminiscing back to the turn of the millennium, good times, after a harsh few years of recession… all guesswork though.

You're releasing under the moniker of Artful nowadays, and your new single “Could Just Be The Bassline” was co-written with Ed Sheeran.  How did that come about?
Back in September last year I spotted some of Ed's videos online and my management company at the time made arrangements for us to do a writing session down at my studio in Southampton. Ed had been a fan of the early Artful Dodger stuff and it was his idea to write a track that had those influences. It was a bit of coincidence that the UKG sound was beginning to resurface.

Kal Lavelle sounds great on the track.  You must be chuffed with how it's sounding…
I'm over the moon! Kal is a great vocalist and has done wonders on the track. It was Ed's idea that we use Kal to vocal the track as she is currently his support act on tour.

Tell us a little about Workhouse Records – do you have a main aim for your label?  It must be satisfying to have that extra bit of control over things…
I decided, after a stint of trying to produce tracks to brief last year, that the way forward is to create my own music once again. I think things have moved on dramatically from the traditional music business and I thought the best way to approach a new project is to keep control and do it independently. I partnered with a good friend of mine Matthew Boyle who is a great businessman and from a non music industry background, the idea was to bring in someone with a fresh outlook on the business side of things and it's proving very worthwhile. Although the label has initially been set up to release my Artful project, we will be looking to sign and develop new solo artists and bands in the near future.

What's the rest of the year got in store for you?
A lot of hard work i think! after the single is released I really want to start touring as a DJ and putting a live show together with a band, that was always the aim with this new project.

Let me paint a picture; a higher being calls you up, and he wants you to curate a night.  You have full control over venue, DJs, acts – the lot.  Dead or alive.  Who's playing?
Venue would have to be Benirras Beach in Ibiza! Probably during a full moon. Obviously I would get to DJ and MD the event 😉 Prince on Guitar/Vocals, Stevie Wonder on Keys and Vox, En Vogue on BVs, Miles Davis would lead the brass section, Manu Katche on drums, Pino Paladino on Bass, maybe add a bit of John Mayer on Rhythm Guitar and Herbie Hancock.. guest appearance by Ray Charles, Mos Def as MC… I would play triangle too.

Who should we be listening to right now that we might not be already?  Any tips for the next twelve months?
Your parents!! haha 🙂 Davinche for certain, Pete Gooding and James Doman have got some great stuff coming, Ridney, Shean Williams is gonna explode soon! (not literally) of course Ed Sheeran and Kal Lavelle.

Where can we find more information about Artful and Workhouse Records?
artful.dj (link) and workhouserecords.co.uk (link) are the best places to start!

‘Could Just Be The Bassline’ Artofficial Club Mix by _Artful_