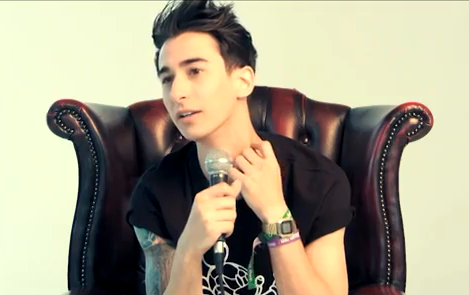 Dubstep/rock crossover band Modestep release their new single “Sunlight” on August 15th, and it's sure to be huge this summer.

Above is part one of their “Summer of Modestep” documentary series for your viewing pleasure – although glasswerk.co.uk also fancied asking frontman Josh a few of their own questions…

Q: An alien lands on earth.  He doesn't really know much about bands/artists and that – as he's an alien.  How would you describe you and your music to said alien?
We're a combination of musical genres and influences blended with a contemporary twist. We're also mildly insane.

Q: It's 2011, the year of the rabbit.  What's been your highlight of the year so far?  It doesn't have to be anything to do with rabbits.
It would have to be Download Festival. I carrot even begin to explain the vibe of the crowd. We expected to be bottled off stage – after all it is a metal/rock festival and we were the only dubstep act playing. They welcomed us with a packed tent, chanting our name, hopping to the drops, hare everywhere and some seriously intense mosh pits. It is something we will remember forever.

Q: God calls you up, and he's wanting to put on a show.  Being God and all – he doesn't really have time to choose bands, DJs or a venue.  He's put you in full control.  Also – again, him being God and all – you can choose anyone alive or dead – he's that good.  Who's playing and where?
This God sounds great. Wembley stadium, with a full surround sound line array sound system. The crowd all stand on subs, let’s play it safe and say there are 10,000 subs that create the standing area. First off Jeff Buckley followed by Donny Hathaway to kick things off. Then I'd have Pink Floyd, they play the entire of the Dark Side of the Moon from start to finish. We'll then get the tempo moving with Earth Wind & Fire with a guest performance from Roger Troutman of Zapp and let’s throw Victor Wooten in on bass. It's God after all, right? Stevie Wonder plays all of his hits followed by Bob Marley. That ties us nicely onto Digital Mystikz to start the dustup vibe, building up nicely to Caspa and then Chasing Shadows. We'd then have Chronos Records with some of their tear-out dubstep artists like Eptic and Dr Philth. We'd then play our live show, which will end as drum and bass for Andy C takes over. The night would end with Zero 7 and Explosions in the Sky. I'm quite excited now, can we make this happen?

Q: What bands/artists are there around at the moment that people aren't listening to enough?  Any tips for future stardom?
Torqux & Twist, really talented dubstep duo. Also Eptic, a very young producer from Belgium who has shown all of us how it’s done! Also, look out for the very talented acoustic artist called Ryan Keen.. this guys has chops on the guitar that would make Hendrix proud. Speaking of which, let’s put them both of them in the Great Gig In The Sky from the previous question (That's what I'm calling the show by the way).

Q: What's the rest of 2011 – it's the year of the rabbit, don't you know – got in store for you?
Now I'm thinking of more rabbit puns, thank you Glasswerk. We're going to finish off our festival run and hopefully get the album ready for your ears by the end of the year. We also have a few more singles and a VERY exciting new music video for you all, make sure you keep your eyes out for this one!

Q: That alien from Q1 is back – he's just got his mitts on a computer, and he wants to find out more about you.  Where's the best place he can go to find out more?
link – That's our website, it's on a thing called the internet which is basically a network of computers that talk to each other…. etc…