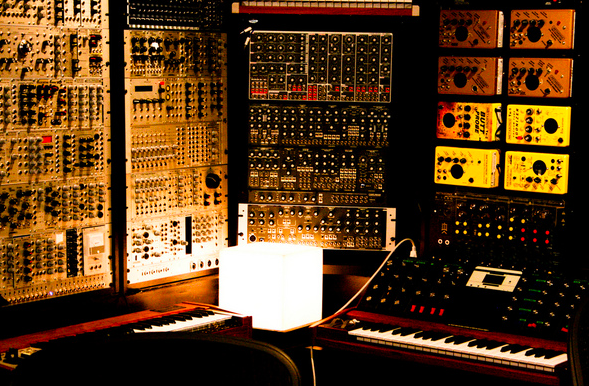 On their Facebook (link) is a free 30 minute mix that you can listen to whilst studiously reading through these questions that DEVolution graciously answered for glasswerk.co.uk…

Q: An alien lands on earth.  He doesn't really know much about bands/artists and that – as he's an alien.  How would you describe you and your music to said alien?
Well ‘Good Love’ is a pretty good benchmark for all future productions. A great top line, melodic hooks with a thumping bottom end.

Q: It's 2011, the year of the rabbit.  What's been your highlight of the year so far? It doesn't have to be anything to do with rabbits.
Without doubt MistaJam playing ‘Good Love’ for the first time on his 1Xtra show. He then selected it to be his ‘Jam Hot’ Record of the Week during 1Xtra Dubstep Week and we were invited to 1Xtra Towers to record an interview with him for broadcast. The whole experience was fantastic (it felt like a chat with an old friend as we have spent a lot of time listening to Jam’s show and when we met him in the flesh he was exactly the same as he is on the radio!) and really kick-started everything for us.

Q: God calls you up, and he's wanting to put on a show.  Being God and all – he doesn't really have time to choose bands, DJs or a venue.  He's put you in full control.  Also – again, him being God and all – you can choose anyone alive or dead – he's that good.  Who's playing and where?
The Clash, Metallica, Chase & Status followed by a pause in musical proceedings for some live stand up from Bill Hicks, with a rousing finale courtesy of DJ sets from Rusko & David Rodigan!

Q: What bands/artists are there around at the moment that people aren't listening to enough?  Any tips for future stardom?
Skrillex, Doctor P and it’s great to see Emeli Sande finally getting out there as a solo artist.

Q: What's the rest of 2011 – it's the year of the rabbit, don't you know – got in store for you?
Aside from promoting ‘Good Love’ we are busy in the studio putting together some ideas for a forthcoming EP. We have a live session to get ready for so there is a lot of planning and rehearsing to do and it would be great to hit the road later this year and go play a few DJ sets.

Q: That alien from Q1 is back – he's just got his mitts on a computer, and he wants to find out more about you.  Where's the best place he can go to find out more?
wearedevolution.com (link)