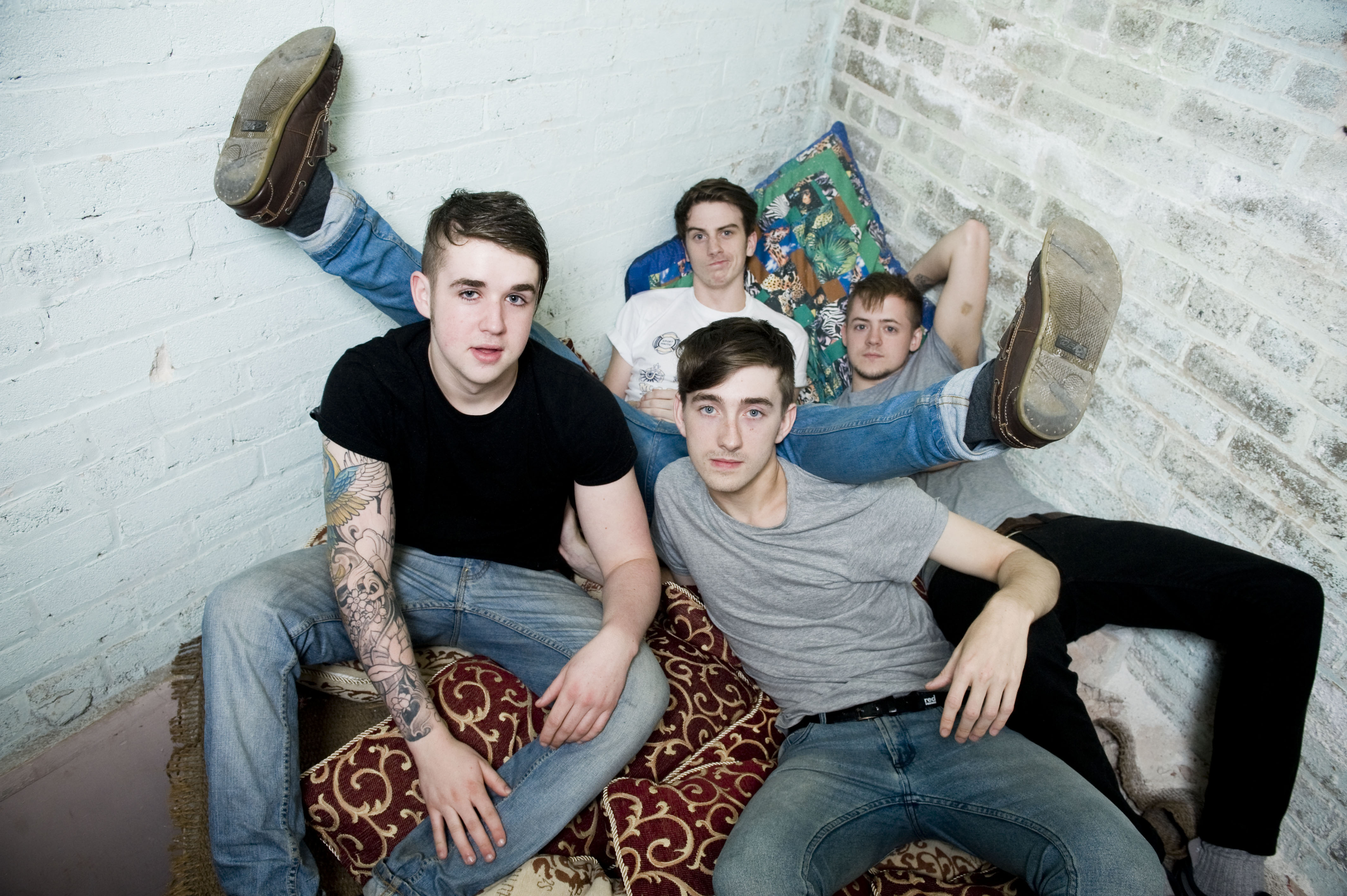 Tell us a little about the background of . How did
the band form?

Well, we originally got together for a battle of the bands just for a
bit of fun then we ended up winning. It developed to bigger and better
shows and as a band we decided it was the kind of music that we really
wanted to make. And the rest as they say, is history.

Tell us about your new EP Boots & Bones.

It's definitely a lot heavier than our first EP, darker too. It feels
like we gathered influences from further afield as time went on and its
added up to be the kind of music we really wanted to make in the first
place.

If you had to introduce a new listener to the band and you could only
play them 1 of your tracks which one would it be and why?

Probably 'Bear Knuckle Fight' because it's the same recorded as it is
live. A snarling mosh-pit starter.

What’s your live set up like, what equipment do you use?

We use two 'Fender Blues Junior' guitar amps, a 'Hartke' Bass amp and a
'Gretsch Catalina' drum-kit. Guitar wise we have a Fender Stratocaster,
Fender Jaguar and a Fender Jazz Bass. In relations to pedals we don't
use anything fancy. Just overdrive pedals and some delays.

You’re halfway through touring at the moment. What’s been your
favourite city to play so far?

Yeah we are, it's been great so far. Our favourite show would
definitely have to be Glasgow. We played in Bar Bloc, it was loud,
packed and sweaty. Perfect.

Do you ever write on the road?

We've never tried actually. I would write the odd lyric but nothing
more than that. Those little bits normally come back home with us to
form important parts of songs.

Whilst most of your material is quite heavy and up tempo, we’ve also
seen some cool acoustic stuff you’ve done online, and Hunting For The
Whale has a more laid back feel to it, are there any plans to explore
that direction further in future?

We're all into mellow music as well as the agressive stuff so yes that
side will always be apparent. We like to throw people off with songs
like 'Hunting For The Whale' and 'A Crooked Old World'. It makes it a
bit more interesting for those listening.

There’s a lot of talk of reunions about at the moment. If you could see
any band reform who would it be?

We're all big fans of 'Reuben' so we'd love to see them reform.

What’s next on the horizon for More Than Conquerors?

The next thing for us is more touring. We want to see europe by next
year so that's going to take a lot of work. We'd also like to have our
album out next year. More Than Conquerors are going to be extremely busy
for the foreseeable future…but we wouldn't have it any other way.