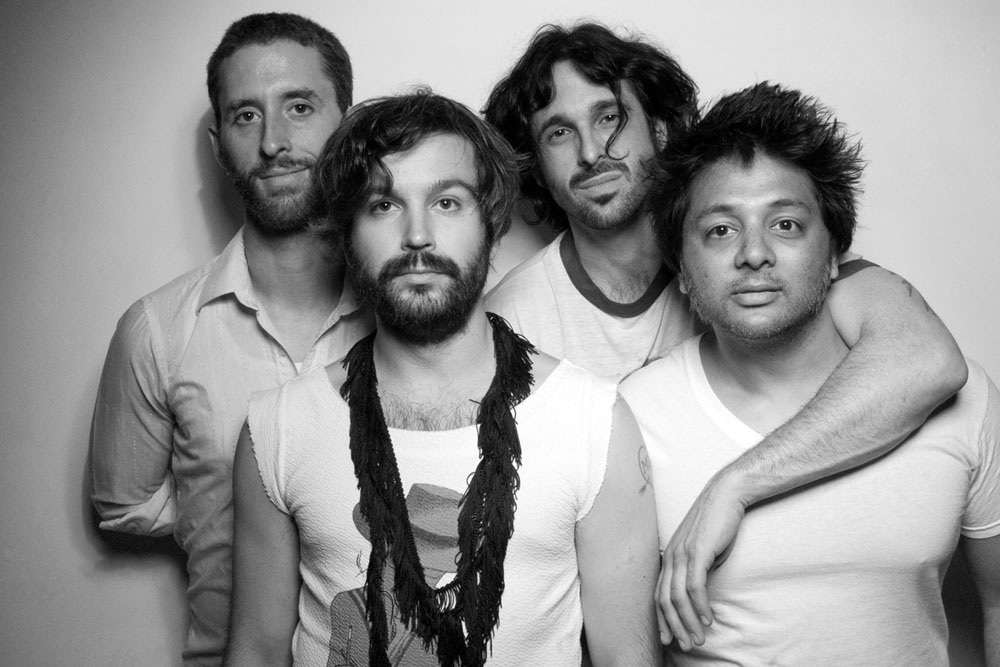 Deadbeat Darling is a Brooklyn-based band, whose strong and ever-growing fanbase is only one indication of where this rock group is going. Here, we chat to frontman Joseph King about the band’s upcoming UK tour, their soon to be released album entitled “The Angels Share”, and their plans for the rest of 2012.

First off, how did this band get its feet off the ground? How did you all get started?

I moved to New York City from Austin, Texas in October of 2005 and began writing songs for a new project. I put together a trio in 2006, and in January 2007 Mohit (guitar) joined the band, and we named ourselves Deadbeat Darling – a lyric out of one of the first songs I wrote upon moving here. We put an EP and a full length album out in 2008 and 2009 respectively, and then Evan (drums) joined the band at the end of 2009. We worked our way through the New York scene building a following word of mouth, and after selling out Bowery Ballroom a few times, a couple of US tours, and a lot of luck, we found our way to London and a little record deal with Spearhavoc Records. Ian joined the band in January of 2010, just in time to play SXSW in Austin and make the trip out to the UK to record our album. And that brings us to now…

How was the recording process for the upcoming album “The Angels Share”? What were the major influences for the album?

The recording process was amazingly smooth and organic for the most part. We flew out to London in early April and did one week of intense rehearsals, then went out to Monnow Valley Studio in Monmouth, Wales where we spent 6 weeks away from civilization recording the album. We worked with Ken Nelson, a lovely gentleman from Liverpool who produced the first couple of Coldplay records, Gomez, amongst others. It was a very pure process – our instruments played through our amps, just the way the songs were written. Lots of Irish whiskey and Scotch to take the edge off. Ken was quite patient with a bunch of half-drunk Yanks fucking about the Welsh country-side. Ian also had a couple of encounters with ghosts, but that's another story…

Have you set a release date yet, or is there a general point this year you aim to have the album out?

The first single from the album, ‘Promises’, was released in November last year – is this the kind of sound to expect from the album?

The album swings about to a few different places both mood-wise and sonically. There are songs like “Promises” – straight ahead up tempo earnest rock tunes. There are also lots of moody down and mid tempo type tunes, some with a bit of dub influence, some with a bit of surf vibration. It's definitely an eclectic record, but one that has a bit of whimsy and mischief to it from start to finish. All the tunes have a bit of New York downtown swagger to them as well. You're going to like it I think…

Are you guys looking forward to your UK tour? Have you been here before?

Absolutely – we love it out there. We spent a lot of time in the UK last year, but most of it was spent either in London or in Wales while we made the record. This UK tour will be our first time wandering about the country.

Do you have any other plans for the New Year? – after the release of the album, of course!

2012 is all about touring for us. We have a UK tour in Feb, a US tour in March down to SXSW, then April in NYC as the record comes out, then back over to you guys and the rest of Europe for May and through the summer. We don't expect to take a breath until the holidays…

Finally, if you could tour with any one act (dead or alive), who would it be?

The answer to this always changes. But for today, let's say the Verve. Just because I love them.

With album “The Angels Share” set to be released this coming April, Deadbeat Darling will be touring the UK next month, dates are as follows. Make sure to check these guys out, you might just find out what all the fuss is about. And what happened with those ghosts…