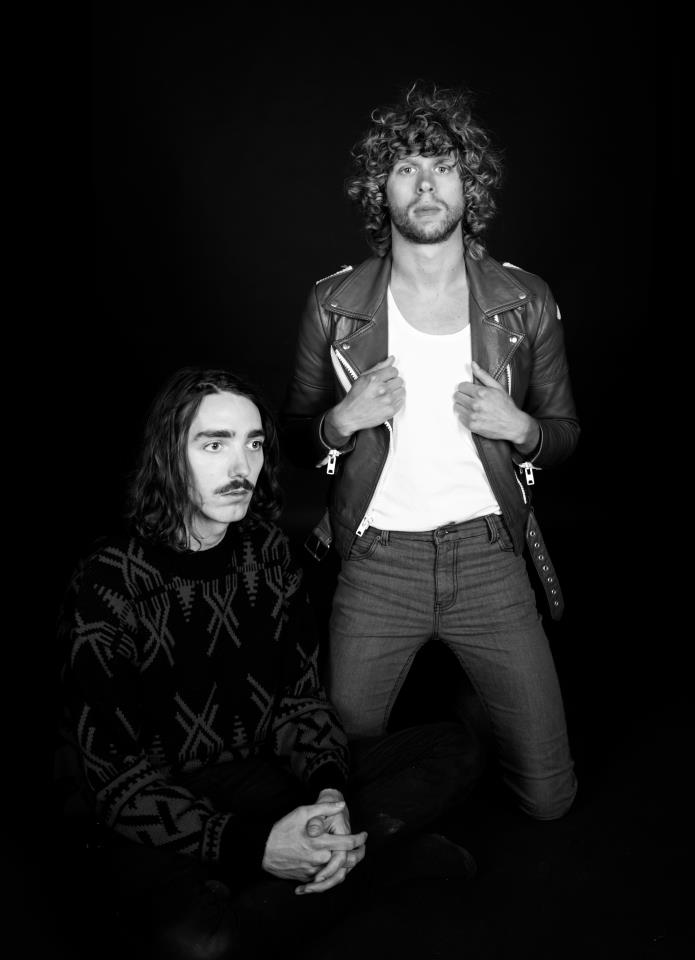 No longer rotten in Denmark?

“Christ man they’re the most rock and roll band here, and they don’t even have guitars.” This impression, first spouted by my half caked colleague at last year’s Sonic Visions festival in Luxembourg, goes a long way to summing up the band formerly known as Reptile & Retard. With their police scuffles and vigorous, almost nihilistic live sets, this might be one new artist worthy of the old and overused ‘rawk’ cliché tag.

The pair first met in childhood, the moment when their ‘ambivalent search for truth began’. “We went to school together and that moment just came,” Mads tells me. “To decide to put ourselves into a certain path, but it didn't necessarily come overnight. I remember listening The Beatles, Pink Floyd and Neil Young with my dad as a child. We always sang along while doing the dishes together. That is where my musical interest started, with a dirty knife in my hand.”

Fast-forward to 2012, both are still clutching that knife, metaphorically at least, and harder than ever by the sounds of things. Both Mads and Esben have seen big changes since they first met and through the development of the band – however the philosophical ‘goals’ and visions for their music remain intact.

“Life is a fucking dream,” Esben expands. “From the day you get born from a stranger to the day you die. And this band is too, you’re kidding yourself if you think anything else. It's been a strive for perfection – a perfect reflection of the war we have inside. It's been a perfect improvisation and an almost true connection with the source of creation.”

Mads takes over: “Obviously we have changed. But we would have regardless. That's maybe the only certain thing in life. It's one big exploration of yourself and we are getting closer to the core. But at the same time we are still the same, we still have the same friends and still spend our Sundays watching Twin Peaks and listening to records.”

I quiz both about the decision to alter their original name, which consequently I thought genius. Was it perhaps too offensive? “Offensive to whom? To some British fascist radio? Maybe?” offers Mads.

“We changed the name because it felt right,” he adds, the tone suggesting I had managed to avoid impertinence. “We have, as a band, gone through a lot of changes and we wanted to feel exactly right before releasing anything. Then when we got in contact with the producers Dave M. Allen (The Cure, Sisters of Mercy) and Marc Ralph (Hot Chip) and things suddenly started to go fast. Now, soon we will be releasing our debut album and it makes a perfect illusion of meaning. We needed to manifest and celebrate this with changing the name. Reptile Youth is a riot, a dream and a 21st century fuck you dadaism movement.”

A 21st century ‘fuck you’ is quite apt. They were also once deemed ‘so awesome’ despite not having even released a single track. And as awesome and as ‘fuck you’ that may be, there is an obvious need to have the band on record, surely?

Mads agrees. He says: “We have been lucky and had many (record label) offers. This made the decision a lot more difficult, to find someone we felt understood us the best. It’s hard to give to give good advice. And actually, who are anyone to give good advice? It's easy, but a shit load of work. We actually don't know. Our debut album will be out global on HFN Music this summer. Until now we haven't had a single release out, but now it's finally happening. It's a feeling of pure euphoric and being vulnerable.”

And hopefully punt a few of these albums? “Success is a term used by money eating pigs who tries to sell us empty lives,” asserts Mads. “You should know we will find a way to bring you down. We say quit your job, stop paying your debt and start rioting.”

I decide to wrap things up with both still in jovial mood, and end on a note both boys will surely bite at – one of a philosophical nature. Do either wish to provide some words of wisdom for young artists like themselves currently ‘out there’ applying their trade?

“Haha, we still don't believe in good advice. But let's test it,” says Mads. “Don't be afraid of your thoughts. Replace your doubt with patience. Keep dreaming. Did it work?”