The Untold Story of a Fighting Legend

Fascinating feature length documentary from John Little, chronicling not only Bruce Lee’s trials and tribulations trying to break in to Hollywood throughout the 60s. But also the concurrent development of his martial arts philosophy from Gung Fu, to Jeet Kune Do, and beyond. The film’s end game, and trump card, is an in depth breakdown of Lee’s original concept for ‘The Game Of Death‘ (the original 1972 unfinished movie project, not the 1978 movie of the same name). The film tops out with a never before seen 30+ minute recompiling of almost the entire Pagoda segment, shot in ’72 (only 11 minutes of which had been previously seen).

Now, when I agreed to write the review of this DVD, I had not immediately recalled the title. However, It wasn’t long after sitting down to watch the film, that a creeping sense of deja vu began the slow, yet insistent process of informing my conscious brain of what the dark, locked up bit already knew…..I’d seen it all before.

So before continuing with the viewing, i naturally felt I should figure out what the nunchuk, is going on. After a little digging around the interweb, I think we have this minor mystery at least partially solved. However, there are still one or two questions that my digging didn’t find satisfactory answers to.

What I can tell you, is that I was not in fact going mad, and the film had indeed been around a while. Twelve years in fact; first released on VHS video in 2000, then on DVD in 2001. It was then included in it’s entirety, as an extra on the 2004 DVD Special Edition release of Enter The Dragon, and then finally, carried over to the 2007 Blu-ray edition of it too. Quite why, a film that is so fundamentally orientated around The Game Of Death (at least in terms of its primary USP), was included as an extra on Enter The Dragon, and not Game Of Death, is slightly puzzling. However, ours is not to question why….although actually, it really is ours to question why isn’t it? And I certainly do have questions.

Well, unless i’m missing something (and I’m pretty sure i’m not); for me this presents a problem with the desirability of this ‘new’ DVD release. Naturally, anyone who owns either of the aforementioned ‘Enter The Dragon‘ DVD releases needn’t apply. This is not a good start, as the typical price for the Blu-ray of Enter The Dragon is about the same as that of this DVD. Anyone who knows this, would surely be foolish to do anything other than buy the Blu (or the 2004 SD DVD) right? Does this mean that the makers of this new DVD release are actively counting on people to be unknowing; ignorant of the apparently copious availability of the film elsewhere? I wouldn’t like to say, but one could, if so inclined, indeed interpret the facts this way.

Compounding the value problem even further, is the fact that there are no extras on this DVD, yet the original 2001 version is listed online as having a director’s commentary as well as a smattering of 2nd tier extras. If this really is the case (and I could find no evidence to the contrary), the 2012 DVD release under review here is on really thin ice, and is in danger of falling right through. What does it offer, apart from a nicer DVD sleeve design, to make it worth parting with your hard earned wonga for? I actually don’t know, but you can bet that stocks of the 2001 version will dry up (if they haven’t already), and with it will go that commentary, “so long, see ya!”

I apologise if I am lingering on this point longer than perhaps any sane reader would wish, but I feel it’s a very important factor in making a considered opinion. Before we move on; I must point out one further thing. The original 2001 DVD release of the film has the following text on the jacket:

The new repackaged 2012 version has this:

“Featuring 33 minutes of unseen footage from Game Of Death”

It’s being a little economical with the truth there methinks, as the footage has been ‘seen’ on at least 3 other DVD releases over the last 11 years, as explained above. Oh well.

OK, lets move on and talk about the film a little, as I feel we have not got off to the best of starts.

In no uncertain terms, this is one of the best Bruce Lee documentaries I’ve ever seen (and there are dozens). The film boasts significant recent interview contributions from Linda Lee Cadwell, Kareem Abdul-Jabbar, Taky Kamura, and Dan Inosanto among others. These interviews are not stock, they are specific to this film, and 100% ‘on topic’. They are also of a level of depth and insightfulness that sometimes we forget should be the norm, when so often talking head clips are of such two dimensional fluff. The documentary is also chock full of wonderful archive footage of Lee in rare TV interviews, screen tests, home movies, outtakes, and some wonderfully relevant excerpts from his appearances in shows like Longstreet. It makes for a wonderfully diverse and eclectic mix of footage that, in addition to more well worn clips from the movies themselves, serves to illustrate the theme of the film very well. Helping to raise it above the typical level of your common or garden Bruce Lee documentary. It is a really enjoyable, fascinating and well put together documentary, and one that I would watch again and again.

All this praise is before we even get to the films piece de resistance; It’s crowning glory, which is of course the reconstituted thirty three minute Pagoda segment from the original (and never finished) 1972 movie The Game Of Death. The love that has gone into piecing this segment together is plain to see. Requiring major compositing, editing, music scoring, and even adding voice actors for certain lines where the original audio was lost or corrupt. It’s a labour of love that any fan will be absolutely delighted with, and in my opinion; honours Bruce in it’s delicacy of touch and attention to detail. When I first saw it (knowing the 11 minute cut from Game Of Death like the back of my hand), I was all but overcome with a profound sense, not only of the what the documentary makers had achieved, but also of what Bruce’s lost movie could have been. Watching the cobbled together (and frankly, ever more ludicrous) enigma that is Game Of Death (1978) has never been the same since. In fact I would go so far as to say that, for me, it is almost unwatchable now. It was always really only about those 11 minutes in the pagoda at the end, and now we have 33 minutes of pure unadulterated Bruce Lee pagoda gold, here on this DVD documentary, that renders the shorter edit all but surplus to requirement. Nuff said.

Bruce Lee had something that only very few movie stars have, and that is the ability to light up a movie with megawatt power of personality. Every moment he’s on-screen; his electrifying charisma blisters off of it. It is this charisma and force of nature personality that forms the basis of one of my (admittedly few) complaints about Enter The Dragon i.e. Hollywood just couldn’t resist its prejudices regarding non-caucasians, and needed to try and make Enter The Dragon more of an ensemble piece, rather than trust Bruce to carry it fully on his own. So, every time the story focusses too long on Jim Kelly’s or John Saxon’s characters (and don’t get me wrong, I like both of them), Bruce takes a sideline, and so do the electricity levels. It’s the sort of power of presence that the likes of Marilyn Monroe, and Elvis Presley had. You just can’t take your eyes off of Bruce when he’s doing his thing. This documentary captures this quality brilliantly, and presents it in a way that no other documentary that I can personally think of, has. It’s really that good. Essential viewing in fact.

Because it is so good, I have no choice (and no problem) recommending this DVD, despite the confusion regarding its previous availability, detailed in the first segment. This is a first class documentary, made by people who know and care about Bruce Lee and his legacy, and involving many of those individuals who loved him the most. As such, it should be high on any fan’s list of things to have in your collection. Just be aware that you can seek it out in other ways, and you may even already have it! 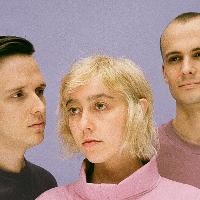