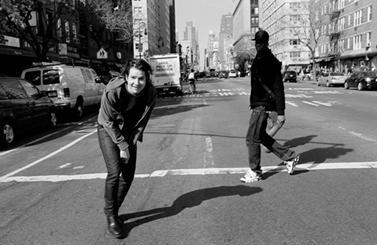 To celebrate the debut UK release of his intriguing album Erection, we've got a stack of Mike Tyler goodies to give away including a 12″ vinyl, 7″ vinyl, limited edition CD, stickers and badges.

Erection is Mikes second album, an entertaining and curious record from an American artist whose quirky character and way with words has fuelled alliances that go back years with the likes of Beck and Banksy. Influenced by Lou Reed, Tom Waits and Jack Kerouac, it’s poetic narrative backed by acoustic rock n roll.

“From the blues forward it has been as much about words as the music” says Mike “Even an instrumental guitar track like Wipe Out would be nothing without, well, “ha, ha, ha, ha, ha, wipe out.” It can be a condensed language, it can be cryptic, it can be repetitive and rhythmic, yeah that’s right it’s poetry.”

To be in with a chance of winning, simply answer the following question:

Who originally performed the song 'Wipe Out'?

Send all answers to mail

Out August 20th on The Art Can Not Be Damaged