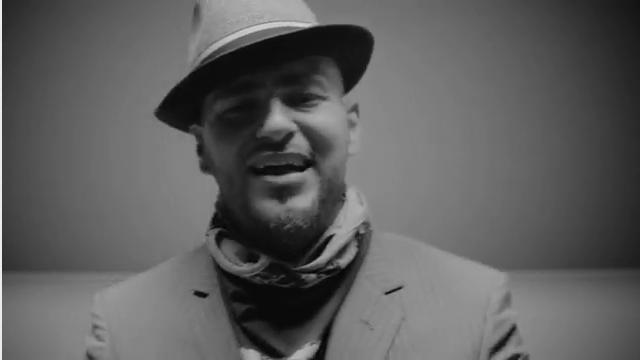 A.M. Sniper is known to most as Sniper, the entrepreneur who, along with his family, are responsible for making Aiya Napa one of the party capitals of the world. From hosting parties on the beach to the Island’s most exclusive clubs Anthony has had a part in the island’s success. On top of this he’s also an artist who has spent the last few years quietly developing his art. As one of the most exciting, emerging artists on the underground scene A.M. SNiPER has fused his unorthodox rap and hiphop beats with a rock guitar to give a unique sound. It follows on from his successful EP 11 – that introduced his musical and lyrical style to a new breed of supporters.

Q: An alien lands on earth. He doesn’t really know much about bands/artists and that – as he’s an alien. How would you describe you and your music to said alien?

Funny enough the festival we put together with my partner Charlie Sloth was a huge highlight and a landmark point in my career both as a musician and a business man, was it a coincidence that the festival is called FIRE ON THE BEACH? 😉 It was amazing to see 5000 supporters to gather from all over the UK to support British Music…

Great follow up question to my last answer, well of course it would be Fire On The Beach, Ayia Napa, across Waterworld Themed Waterpark (which by the way is themed like ancient Greece so God can chill with the Greek Gods!) and of course our team and all the UK acts would be there, Elvis would be there, The Rolling Stones, Prodigy, and basically since he is GOD I would just tell him to make sure the past, and present of the greats is there, (dead or alive) and I would take care of the future 😉

I had a great childhood, I HAVE SO MANY MEMORIES as I am blessed to have had an amazing family and great friends around me, I recently spoke of when I went to a beach where the waves were huge and I had a great time and I am still trying to figure out what beach that was, another one is when I talk about my first bicycle when I was 9… Which was pretty late… as opposed to other kids, but hey we started with not a lot in our pot back then… I am still creating great childhood memories though!

Vinyl was my first, as a DJ I fell straight into piles and piles of music so I cannot pin point one thing… My last piece of music I bought has been my own EP called “11” that came out last year on 11.11.11 (Someone had to buy it!) – In reality I make sure pretty much everything that is out get’s to the HQ so as a team we all support new music and not only…

I do feel Maverick Sabre is doing well but he deserves everything he has so he is not overated like a lot of people enjoying similar success as him, I do feel Stooshe are great, and for future stardom I think I need a few more years of experience in order to make that statement as I like having a clear vision…

Finishing off my debut album (so i can then tip you on future stardom!) , a few more video shoots and building for my next run of shows early 2013 all the way into the summer season (That obviously includes AYIA NAPA)

That Alien should have known that way before as they are meant to have advance technology, i think in this day and age if you really want to find someone it is easy, however for the sake of the slow alien, i’m usually on twitter @snipermusic (that is where I am personally most active) and the rest: link link link link

THANKS FOR PUTTING UP WITH ME! #GETROAR PRE-ORDER IT ON ITUNES!