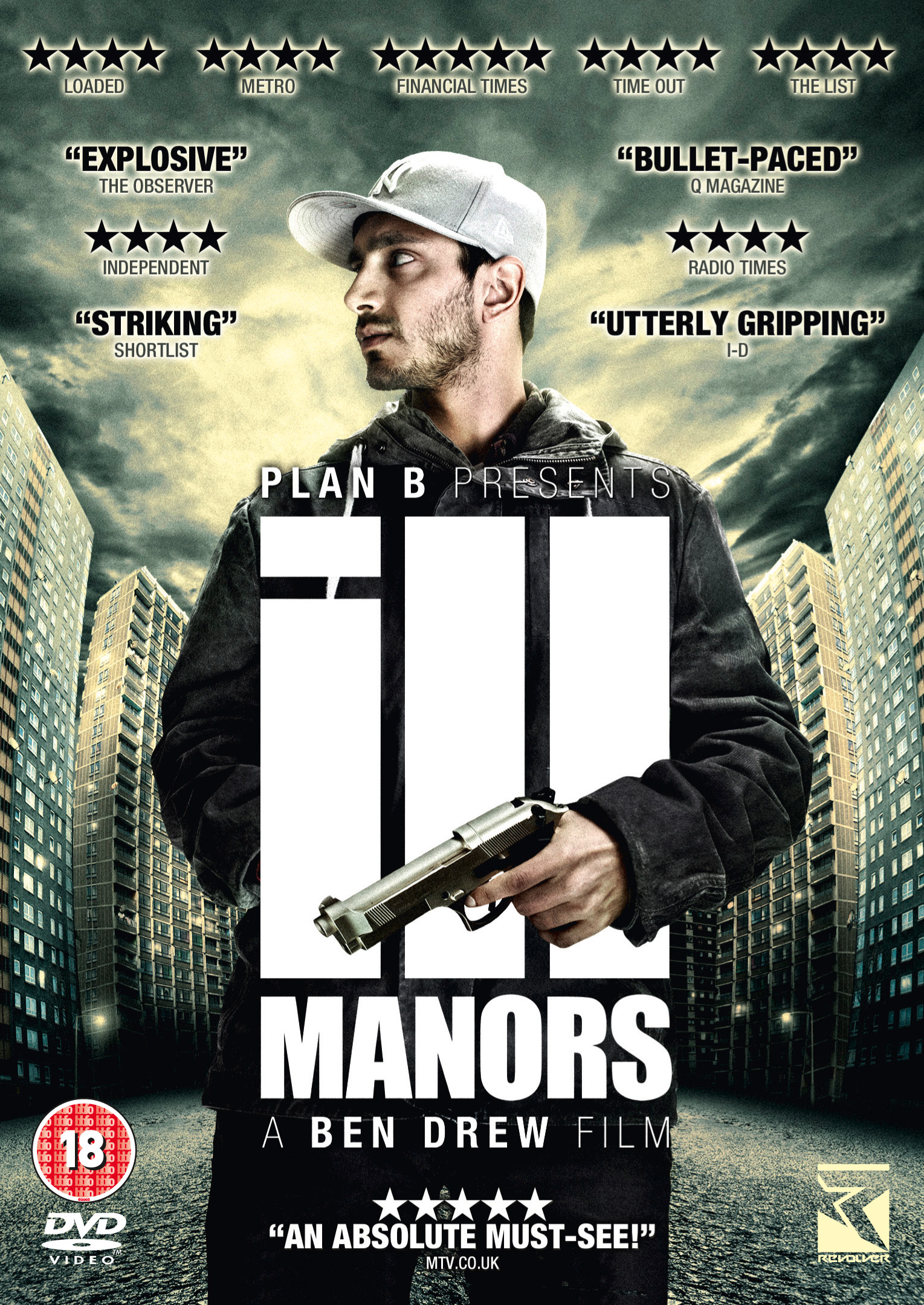 WIN: DVD copy of iLL Manors directed by Plan B

Revolver Entertainment have announced that iLL MANORS, the critically acclaimed directorial debut film by Ben Drew (aka award-winning British artist ‘Plan B’), will be released on DVD, Blu-Ray, Download and On-Demand, from Monday 8th October 2012 and we’ve teamed up with Noble PR to give away THREE COPIES of the DVD.

This groundbreaking crime-thriller is an explosive, visually stunning and gripping experience, narratively linked through original music from Plan B himself. Revolving around eight main characters living in Forest Gate, East London, over the course of a few days, their stories inter-link as they attempt to survive on the streets, portraying a gritty picture of a world that is on the brink of self-destruction.

Ben Drew says of iLL MANORS, “I wanted to make this film to show that there is a lot we can learn when we know all the facts; when we explain the why – not just the ‘what’ and ‘how’. This film is a chance for me to show the public things that they may not have known, where these problems start, the domino effect that they have within people’s lives and how we get to the gory end results that we end up reading about in the papers.”

To win a copy of the film, simply do the following:

iLL MANORSwas written as a “hip hop musical for the twenty-first century”, and stars an array of British Rising stars, such as Riz Ahmed (Shifty, 4 Lions & Trishna), Ed Skrein (Piggy and The Sweeney), Natalie Press (My Summer Of Love, Fifty Dead Men Walking & Where I Belong) and Anouska Mond, as well as many who gave stunning debut performances, including Ryan De La Cruz, Lee Allen and Keith Coggins. These previously unknown acting talents were hand-picked from obscurity by Ben Drew himself during the casting process.