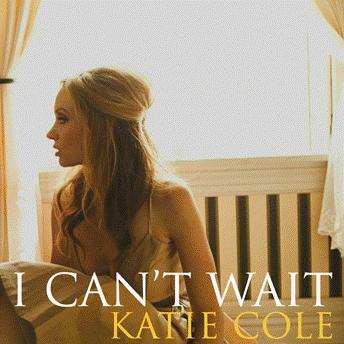 Meet Katie Cole originally from Melbourne , Australia , now based in Los Angeles , USA . Does she dominate with ballads? No. Does she compose songs on the piano? Rarely. What she does do then? She rocks and enjoys a loud guitar, a strong melodic hook and an up tempo pop song. Growing up on a strict diet of rock music from her Mum, she was fed Rolling Stones, Jimi Hendrix and Janis Joplin in one ear and Maria Callas from her Vocally classically trained, Father. After a quick detour in music to Smashing Pumpkins, Aretha Franklin and Eurythmics, Katie describes her own style of music as having flavors of Sheryl Crow, KT Tunstall and Carolina Liar.

Q: An alien lands on earth. He doesn’t really know much about bands/artists and that – as he’s an alien. How would you describe you and your music to said alien?

Firstly I’d give the Alien a few cd’s including some David Bowie – Best of (so we’re covered), The Beatles – Revolver, Fleetwood Mac – Rumours, Sheryl Crow – The globe sessions and maybe some Aretha Franklin and then I’d try to describe my music. I’d probably say that my music has flavours of all above, but closer to Fleetwood mac and Sheryl. Once we’re on the same page, then I’d make “it” play tambourine to some Bowie and i’d film and post it to Youtube.

Lot’s of highlights. This year during the recording of my new album Kris Kristofferson sang on one of my songs called “Penelope”. …I also discovered the tv show, Game of Thrones….now there are awesome mini dragons in that show!

Ok, lemme think about it. Got it!!! Venue – the show is on the moon so everyone can see it. Then we U-stream or God-stream it to every tv network. There are 3 stages at “moon-fest”. On the Singer-Songwriter stage there is Nick Drake, Adele, Robbie Williams and Stevie Wonder on piano, on Band Stage 1 – we’ll have The Beatles from 1960’s, Oasis from the mid nineties and Tom Petty from the same era, Genesis and Eurythmics from 1985, Band Stage 2 – would have Smashing Pumpkins, U2, Sheryl Crow, Coldplay. There is also an Indie stage where Nikka Costa, Eric Church, Punch Brothers, Death Cab, KT Tunstall and Steroephonics will play. I think i’d put myself on Bandstage 2 also. And I’d make sure I get to sing back up vocals on at least one U2 song. It’ll be in my contract.

I remember catching butterflies in a net. I remember spending a lot of time climbing trees and not falling out of them. The balance to all that I recall wearing roller skate while riding a bicycle and completely putting my back out when I inevitably crashed. haha.

New single “I Can’t Wait” coming out Oct 22nd in the UK. I’ll be touring, making music videos and planning world domination for next year. My new record “Lay It All Down” comes out early 2013! Also probably be doing a lot more songwriting too. I do tons of that in Los Angeles and Nashville!!

Go to link first and read the news feed. He should join twitter and follow me link and Facebook link . Then he will be up to speed on all things Katie Cole. thanks!!