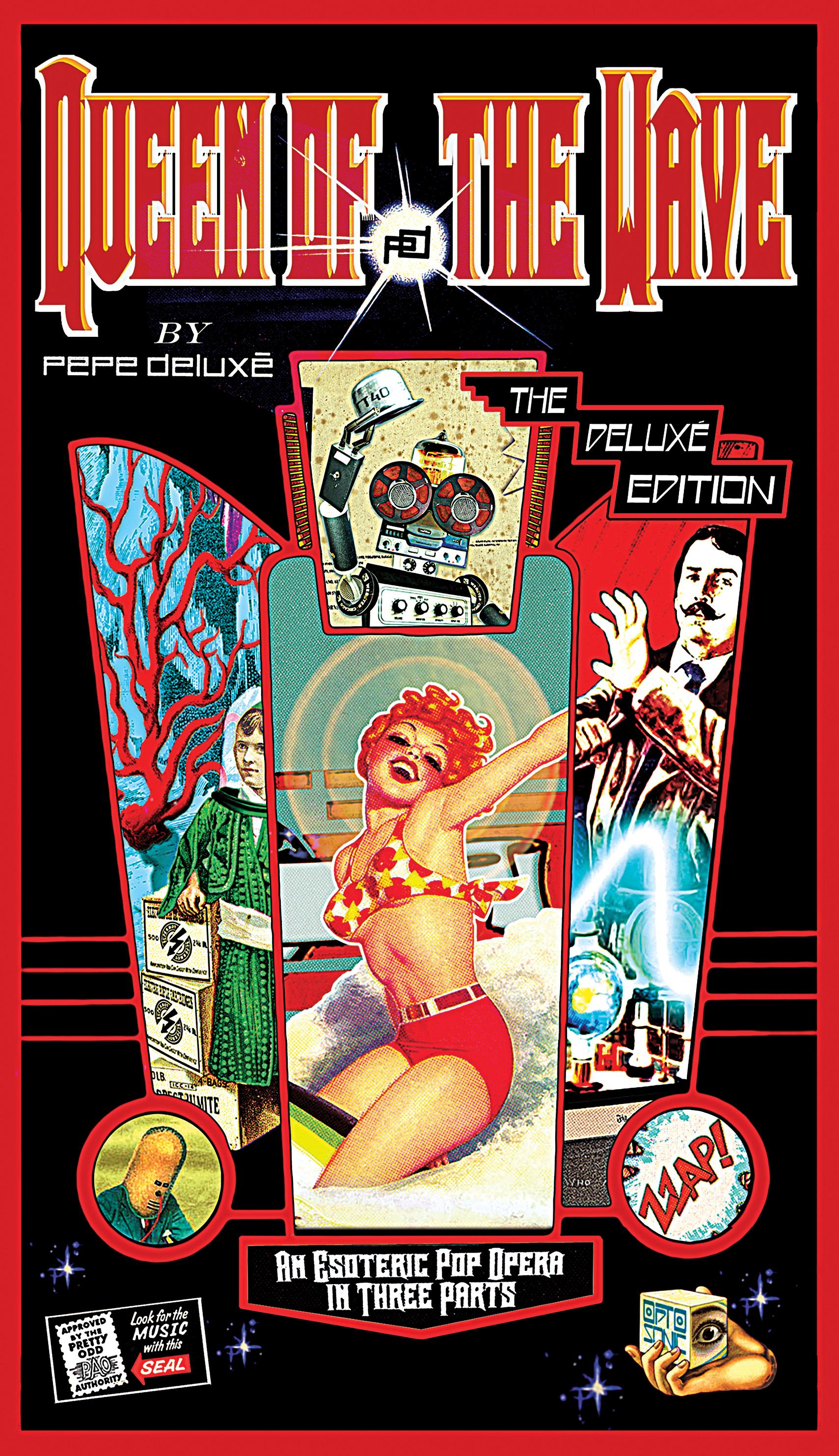 In January 2012 Pepe Deluxé – aka Finland’s James Spectrum and Sweden’s Paul Malmström – released ‘Queen of the Wave’. It was an exhilarating, adventurous, and boldly experimental album in which Pepe Deluxé mixed up beats, psychedelia, funk and pop, like a pair of mad scientists, into a high-octane sonic explosion of a record.

Inspired by the themes of Atlantis, Venus, sci-fi futurism and reincarnation – all written of in the mystical 19th Century novel ‘A Dweller On Two Planets’ – ‘Queen of the Wave’ could be described as the sound of a deliciously bizarre pop-opera.

It might be hard to see what could possibly better the original ‘Queen of the Wave’ brimming as it is with all the above. Simple. Never underestimate the inventive and creative powerhouse that is Pepe Deluxé for they have, with their ‘Queen of the Wave’ Deluxé Edition, surpassed even themselves.

The ‘Queen of the Wave’ Deluxé Edition includes the Original Album in full, plus 6 Brand New Tracks and interludes, legendary Yol Gorro’s easy-listening version of the album, a DVD brimming with Videos and Artwork and some very useful Extras.

CD1: The original ‘Queen of the Wave’ album

Extras: A lavishly illustrated and exhaustively researched hard cover 64 page book encasing the discs brimming with encyclopedic information on the opto-sonical world of ‘Queen of the Wave’. In the words of Pepe Deluxe’s Paul Malmström: “It looks so crazy. It looks as the album sounds. Too much of everything, in a good way.”

We’ve got one of the deluxe editions to give away to our readers as well as some special edition PD Top Trumps! Simply email mail with your answer to the following question:

Q: Which Warner Bros character shares a name with this act?

‘Queen of the Wave’ Deluxé Edition will be released on 26th November on triple-disc, preceded by the single ‘My Flaming Thirst’ (+ remixes). Both released on Catskills Records.