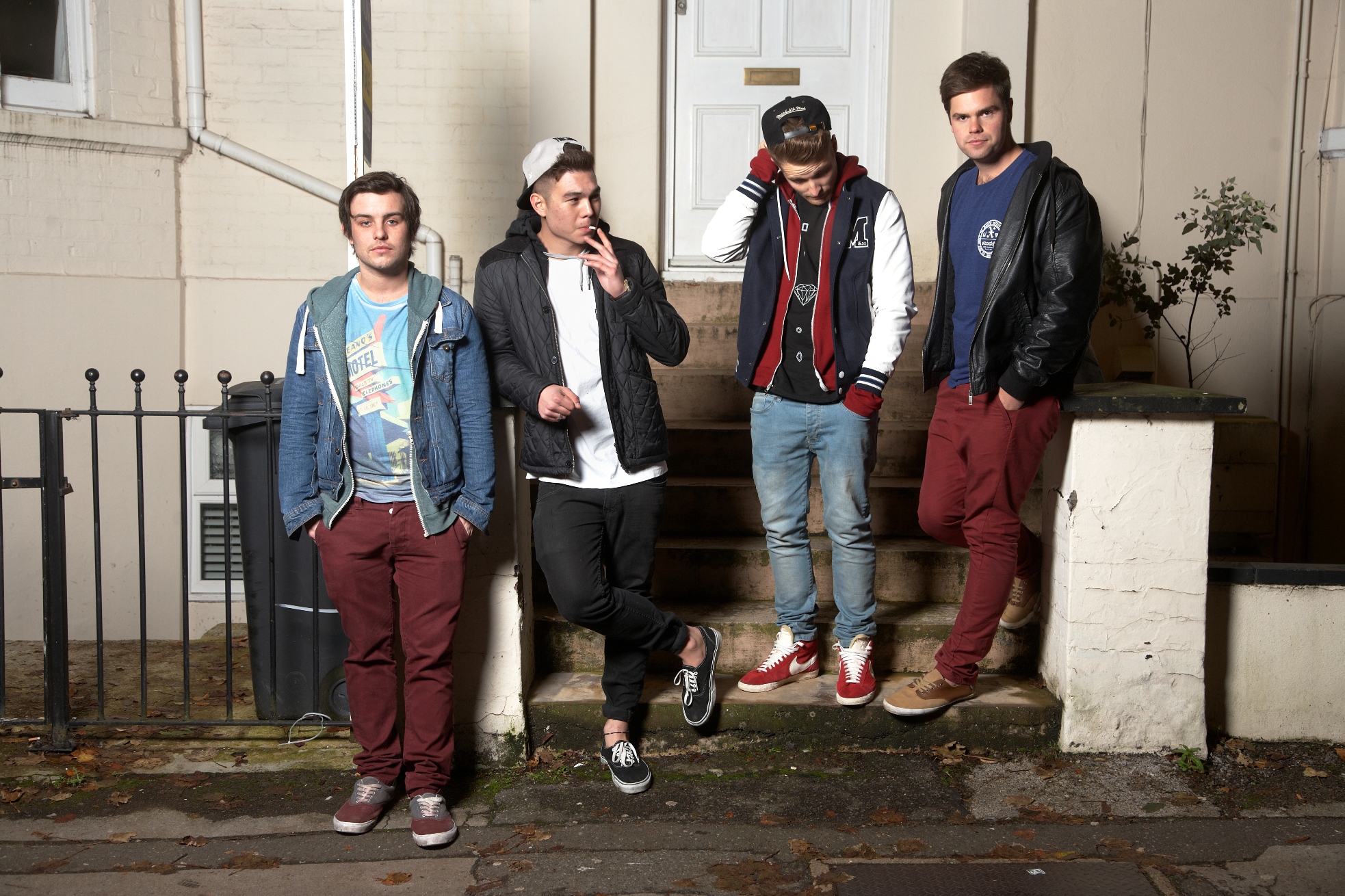 The Cramatics are a highly rated young indie band from Bournemouth. Frontman Chris Reardon was kind enough to answer a few questions for Glasswerk readers.

Tell us a bit about the history of The Cramatics. How did you guys first get together?

Well… Me and Max have been friends since college and both moved down to Bournemouth to go to uni. We did some acoustic cover videos together then posted them online.

Within a couple weeks the videos had made their way around venue managers, clubs and event promoters and following this we were offered our first gig, supporting Maverick Sabre.

I felt strongly that we needed to stand out from the other support acts and at this point started looking for a bassist and drummer to join the band.

We found Alex through an ad he had posted on the uni campus notice board, I was impressed with his enthusiasm and asked him if he wanted to join up.

After gigging around the UK supporting artists such as Rizzle Kicks, Clement Marfo, The Frontline and Mikill Pane we where offered a chance to play at the Beach Break Festival in Wales, this was when Dan our drummer joined us.

And where did the name come from? Something to do with scales, isn’t it?

Ha Ha, No. When me and Max where given their first support slot, we couldn’t think of name so we just went with ‘Chris & Max.’ Not that innovative but did the job at the time.

When Alex joined us we decided that we needed a proper band name.
We tried to think of names that sounded like Chris, Max and Alex when combined… CR-AMA-TICS was the result. So erm… nothing to do with scales no.

We featured your debut single Like Gold on Glasswerk recently. Tell us about the song.

It’s about when you think everything is going ok with a girl, and then she says it’s over and you had no idea it was coming.

The lyrics ‘Stars that shine the brightest are the stars that slowly die.’ mean that it doesn’t matter how well something is going its still withering away even if you don’t know it. Also I think “Oil and water don’t combine” is a cool metaphor which represents two people being two different to get along.

The chorus is a different though that’s about resolving how you feel.

There’s a very soulful feel to the track. Do you have musical influences from the soul world?

My Dad used to play a lot of James Brown and other 50’s and 60’s soul music but the music which really caught my ear was when Dad played Led Zeppelin! The rest of the band are fans of Jamiroquai and Maroon 5, but in general we all have pretty different taste in music.

And there’s an EP to come in the New Year?

We should finish recording the EP in December and we hope to release it around March.

You’ve had a busy time with live shows. Which was your favourite gig?

Very difficult question but I think the whole band would agree it would have to be our official launch gig, which was only a few weeks ago. We sold out the venue in our home town of Bournemouth and had the pleasure of having Moya support us, which was great!

And what do you hope that 2013 will hold for The Cramatics?

At the moment we are planning a UK tour and have some UK and European festivals lined up for the summer 2013 so hoping that goes well. We hope that we will continue to grow as a band and keep expanding our fan base. We would also love to do some travelling. And of course we hope to see you at a gig sometime!

Our new single ‘Like Gold’ will be release on the 7th January 2013, we hope you like it.