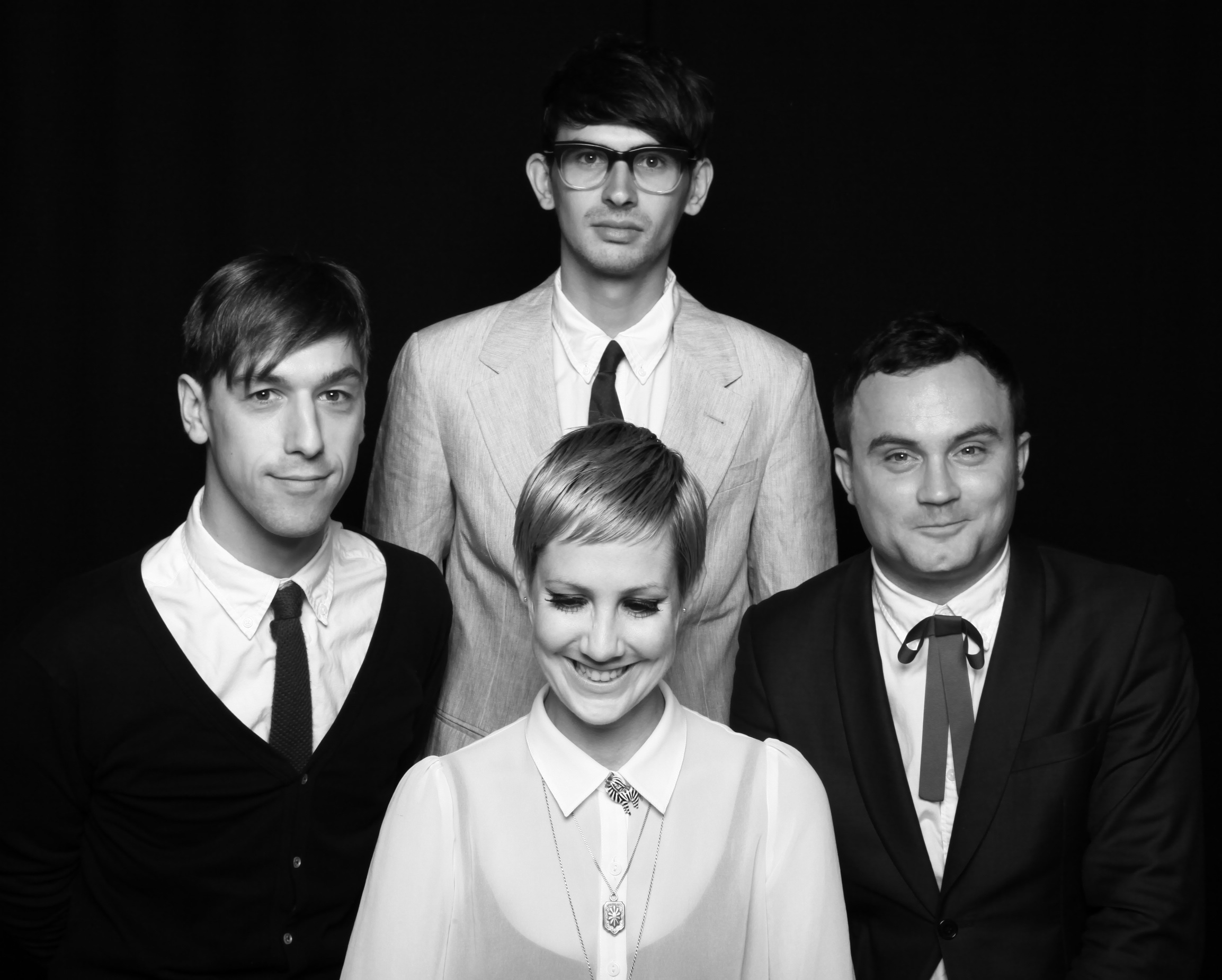 Lizzie And The Yes Men Q&A

London quartet Lizzie And The Yes Men have been busy recently with new single Deserts (official video above!) out on 10 December. The band will also be playing two London dates around the release:

And somewhere in this busy schedule Lizzie Holdforth found time to answer a few questions for Glasswerk readers!

Tell us a bit about how you guys got together and formed a band.

I’ve known Keir, Andy and Brenden for a few years now, but they did not know each other before joining the band. We’d bump into each other from time to time and chat about music and what each other were currently working on. It just so happened that when I decided to look for my ‘Yes Men’ I bumped into them in various east end pubs, and when I mentioned my plans for the new band they wanted to be involved, and a few weeks later Lizzie and the Yes Men was formed.

From the name it seems like you are in charge?

Someone needs to be! Ha! I think it’s nice that the boys can just concentrate on making music and not worry about all the other stuff that comes with being in a band. So yeah, I take charge of organising gigs, sorting out shoots, videos, studio time, working with producers, etc etc, and this way my band can worry about the important stuff like making music! When we make music together we are equal, all I do is guide them in a direction I prefer but its a creative process and so all opinions matter. But as for the rest, I take the reigns, and so far it’s worked smoothly for us.

I’ve seen you describe your music as ‘Tarantino surf-pop’. What does that mean?

It’s a reference to the soundtracks in Tarantino movies. Pulp Fiction, From Dusk Till Dawn, Reservoir Dogs, Kill Bill, they all have great soundtracks! There’s always a certain style to the song choices Quentin Tarantino makes. Deserts rock, blues, surf, punk, Mexicana, songs such as Urge Overkill’s ‘Girl You’ll be a Woman Soon’, Dick Dale’s ‘Miserlou’ or The 5678’s ‘Woo Hoo’ are all great examples of timeless, classic songs that have become synonymous with Tarantino movies. We try and write songs that would suit his soundtracks, keeping a cinematic element in everything we do. And of course, it’s always helpful to give yourself guidelines and standards to stick to when making music. ‘Tarantino Surf Pop’ is our guideline.

Who are your main musical influences?

So many! But for this band we are strongly influenced by Love, The Ronettes, The Dum Dum Girls, Best Coast, The Beachboys, Siouxsie Sioux, The Ramones and Django Django.

Your debut single ‘The Broadwalk’ is a great song and it got some very good reviews. Were you happy with the reception it got?

Not bad for a self release! It did get some great reviews, and I guess that’s testimony to good songwriting. But I also believe if we’d had backing from a label, the song could have got more exposure and an even better response. Maybe one day we will re release The Broadwalk, but looking back I’m really happy with the response.

And your second single ‘Deserts’ comes out soon. Tell us a bit about the song.

‘Deserts’ it’s one of our favourite songs to perform live. It’s very different to ‘The Broadwalk ‘ and we were nervous about releasing it as a follow up single, but we loved the song so much we trusted it would be worth the risk. It’s a song that shows off our skills as a vocal group. We worked a lot on the harmonies and the boys really get to show what strong voices they have. And as for the sentiment of the song, it’s about sexual longing and solitude with a sort of Cinderella spin.

You’ve toured all over Europe this year and have some London shows lined up around the single launch. When will we see you out on tour in the rest of the UK?

We’d love to tour the UK! And when we do, we will perform in as many seaside towns across Great Britain as possible. But I think at the moment we have to concentrate on writing good songs and getting as much recording done as possible. When we are satisfied with where we are at, we’ll smash the piggy banks, buy a white transit van and head out to the seaside to embark on a coastal tour.

And what do you hope that 2013 will hold for Lizzie And The Yes Men?

Honestly, I hope we get an album deal. We have worked hard to get where we are at, and although we like our independence, not having any financial support can be limiting. Either way, we will get the album finished next year, and save up for a tour, with or without a label we will see this project through. Making music is all that really matters. Hopefully in 2013 we’ll finish an album we can be really proud of.