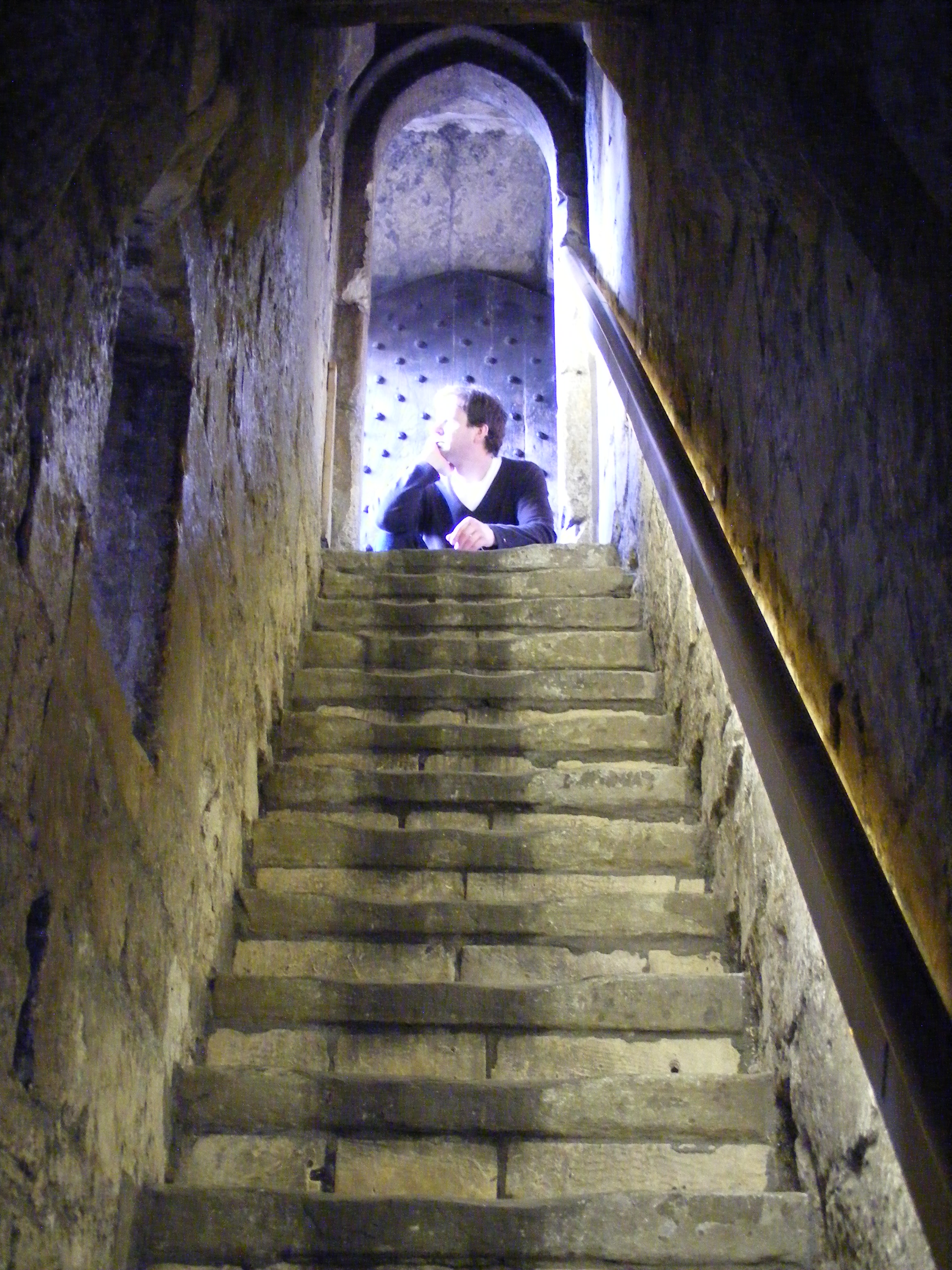 Edinburgh based musician Steve Adey released his critically well received debut album All Things Real in 2006 through independent record label Grand Harmonium Records. He has now released his second album after a six year gap. We put a few questions to Steve:

We’ve just reviewed your very good new album The Tower Of Silence on Glasswerk. How did you come to record it in a church?

I record at Buccleuch Church in Edinburgh where I have studio space. The gallery (studio) where we record sounds huge and dense which forms a big part of the album. I generally prefer churches to commercial studios.

And you call your music “future folk”. What exactly do you mean by that?

Did I say that? I wanted the music to be the antithesis of what I perceive to be generic folk, which I have nothing against, but it isn’t for me. Sonically, I wanted to push for sounds/noises that went against the straight-ahead approach.

I love the contrast on several tracks between your deep vocals and Helena McGilp’s much higher voice. How did you first come to work with Helena?

I first met Helena when she was in (Edinburgh band) Desc. She sang on my first record and some of the shows we played in 2007.
We’ve been working together for close to ten years.

Who are your main musical influences?

So many, really. I like P J Harvey’s recent albums.

There was a six year gap between this album and your previous one – I hear that a mixture of illness and a lot of travelling were the main reasons?

That wasn’t the reason, although I traveled around India and I was ill for a while. But it wasn’t as extensive as it sounds. A tabloid paper reported that I almost died three times and others have picked up on it.

Will you be touring in support of the album?

I will be doing some live shows in the new year, I hope. The challenge is to rework the songs and keep them alive.

Have you got another album in mind – we don’t need to wait another six years, do we?

I hope to be more prolific, but I’m only ever concerned with doing the best I can and trying to produce an album that is beter than the individuals that make it. The album is king and the people who contribute are just artifacts who occasionally do something worthwhile, at which point you hope that it was captured. Six years is nothing. People are obsessed with releasing music and I will always encourage someone to work relentlessly until they get it right. The important thing is knowing when the music hits the peak and knowing when to stop – if you go too far it can become ornamental.

And what do you hope that 2013 will bring for Steve Adey?

Good company and walks in the park…