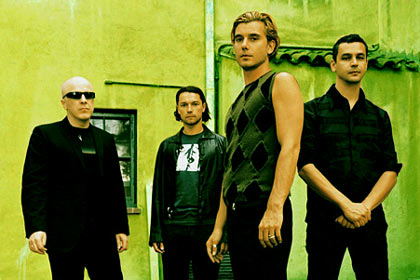 With over 16 million albums sold, BUSH are one of the most successful alternative bands of the past two decades. Led by charismatic frontman Gavin Rossdale, the band are still going strong after a 2010 reformation.

The band are now set to release “Live!” a full-length concert, filmed at the Roseland Theater in Portland, Oregon (USA) in the fall of 2011. Live From Roseland is the first concert performance from Bush to be released on Blu-Ray and DVD. A special CD+DVD will also be available for a limited period, which will include the European Limited 2CD Edition of the studio album “The Sea Of Memories”.

The official music videos for “The Sound Of Winter” and “Baby Come Home” are also included, and complete the offer for band completists.

We’ve got 3 copies of the CD and DVD to give away – all you need to do to be in with a chance of winning is follow/like Glasswerk on Twitter or Facebook and share or retweet this article. Winners will be selected at random and contacted by the editor.